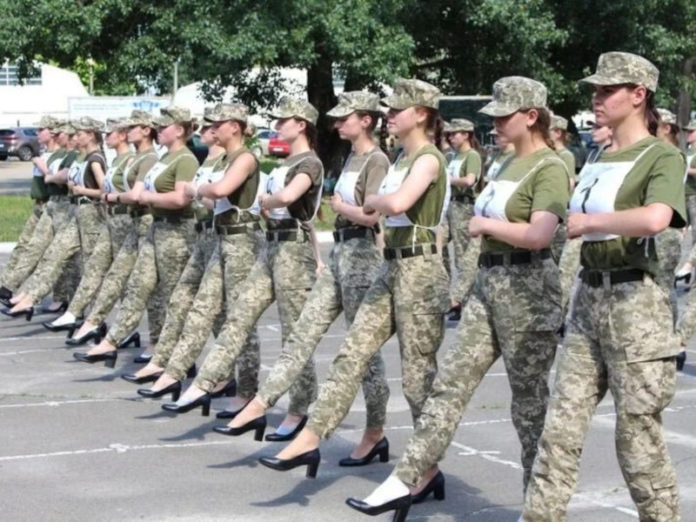 The “idiotic” move, as one Ukrainian politician described it, has been dismissed as both impractical and sexist.

The pictures were taken during preparation for a ceremony which is set to take place next month.

The military parade will celebrate 30 years of independence following the Soviet Union’s breakup.

“It is slightly harder than in army boots but we are trying,” Medvid added.

“Harder,” one would imagine, is an understatement. It’s one thing being made to march in high heels but can you imagine soldiers in stilettos fighting on the front lines?

The photos have sparked outrage across the eastern European nation.

Iryna Gerashchenko, an opposition member of parliament, said it was sexism.

As well as being completely impractical, high heels have also become a symbol of sexism in the workplace in recent years.

The shoes are painful for many people and they can also damage the feet of the wearer.

“It is hard to imagine a more idiotic, harmful idea,” said Inna Sovsun, a member of the Golos party, highlighting the risk of injury the shoes pose.

Sovsun added that the move makes a mockery of the risks and sacrifices which Ukraine’s female soldiers make for their country.

Ukraine has been locked in a conflict with Russian separatists since 2014. Olena Kondratyuk, deputy speaker of the legislature, said that more than 13,500 women had so far fought in the conflict.

She also called for authorities to apologise for “humiliating” women.