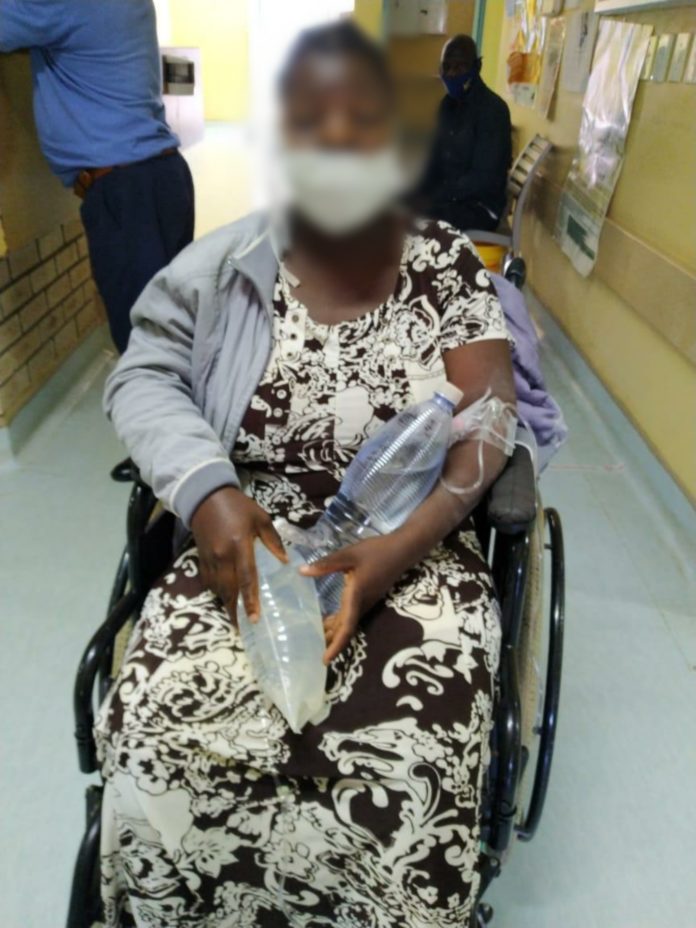 A 37-year-old woman with an intellectual disability has been admitted to hospital after she was allegedly abducted, raped and burnt by a neighbour on Sunday morning.

This is not the first time that the woman, from Nkomazi in Boschfontein, Mpumalanga, has been raped by the same neighbour.

The family did not know that the rape – which happened at 4 am – had taken place until they got back from church.

Lydia Sono, who is friends with a family member of the victim and an activist for Gender Based Violence through the Lydia Sono Foundation, said they only realised something was wrong when the victim could not walk properly.

“She told them the neighbour came to the house at dawn and knocked.

“She opened the door for the man who took her to his house next door. He raped her. Then burnt her thighs up to her private parts,” said Lydia.

“He threatened that if she ever tell someone about it she would be dead.”

Constance Simelane, a niece of the victim, told Scrolla.Africa that the aunt was in the room with her other 17-year-old niece who did not hear the man’s knock.

“Aunt said the man burnt matches on her clothes. But we don’t believe that. We believe he burnt her with something liquid,” said Constance.

She said this was not the first time the suspect had raped her aunt.

“A couple of years ago my aunt was raped by the same man. We resolved the issue with his family, because we are close neighbours.

“But now my grandma she went for Sangoma initiation. We are alone and the other family is not helping. They are not even saying hi,” said Constance.

Constance said with the help from Lydia they opened a case of rape and assault at Schoemansdal police station against the man who is in his late twenties.

“The suspect was apprehended on Thursday in Nkomazi and the matter is under investigation.”