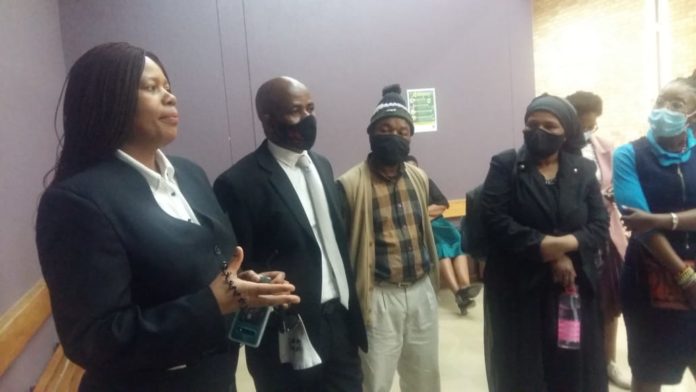 The community of Qaga village in King Williams Town is up in arms.

A 23-year-old woman who saved a one-year-old child from a rapist was jailed and has been charged with murder.

Community members and activists protested outside Zwelitsha Magistrates Court in King Williams Town on Monday demanding leniency for the 23-year-old woman who killed the alleged rapist.

This week the SA Women Lawyers Association represented her in court and secured a bail of R500.

The accused is said to have caught the man trying to rape her one-year-old niece inside a cattle kraal.

During the struggle with the alleged rapist, the woman struck him with an iron rod.

In her statement to the police, the accused said she heard a child screaming but was not sure where the noise was coming from.

She looked everywhere until she found the child inside the kraal, still screaming with a man on top of her.

The court heard that the deceased had already dropped his pants when the accused walked into the kraal.

Petros Majola, head of the Children’s Rights and Victim Empowerment Services at the Khula Community Development Project said they are demanding that the charges be dropped.

“There is no doubt she acted in defence of her niece. He was about to rape the child because his penis was already out.

“The community is very angry. They have asked the lawyers to tell the magistrate that police never assist them with break-ins.

“Even in this case, the incident happened on a Thursday and police only arrived on Saturday to check on the child.”

Majola told Scrolla.Africa that one of the women who joined the protest this week was once charged with murder for defending herself against an intruder.

“She joined our cause saying she was acquitted after killing an intruder in her house with an axe.

“The court accepted her version that she was frightened after the intruder smashed a window and grabbed an axe to defend herself.”

The case was postponed to 29th October.