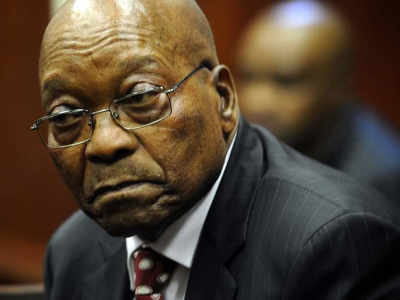 The nation is waiting to see if Jacob Zuma will respond to Chief Justice Mogoeng Mogoeng’s letter, asking him what he deemed a fitting sentence for defying a ConCourt order before the Wednesday deadline.

On Friday, Mogoeng asked Zuma to file an affidavit, explaining what he thought would be an appropriate sentence if he is found guilty of contempt.

Zuma defied an order from the highest court, telling him to appear before the State Capture Commission of Inquiry chaired by Deputy Chief Justice Raymond Zondo.

The commission returned to the court, and recommended that Zuma should be sentenced to two years imprisonment.

The commission accused Zuma of not being exemplary as a former president of the country.

The defiant Zuma was unshaken, daring the court to arrest him, saying he was not scared of jail.

By late Monday there was no indication that Zuma had filed his affidavit.

The ConCourt has yet to make a ruling on the state capture commission versus Zuma matter.

Political analyst Professor Omphemetse Sibanda said Mogoeng was strategic by asking Zuma to explain what he thought was an appropriate sanction if found guilty.

Zuma has been trading blows with Zondo and the judiciary, saying they were out to get him.

Zuma’s lawyer Eric Mabuza could not be reached for comment.