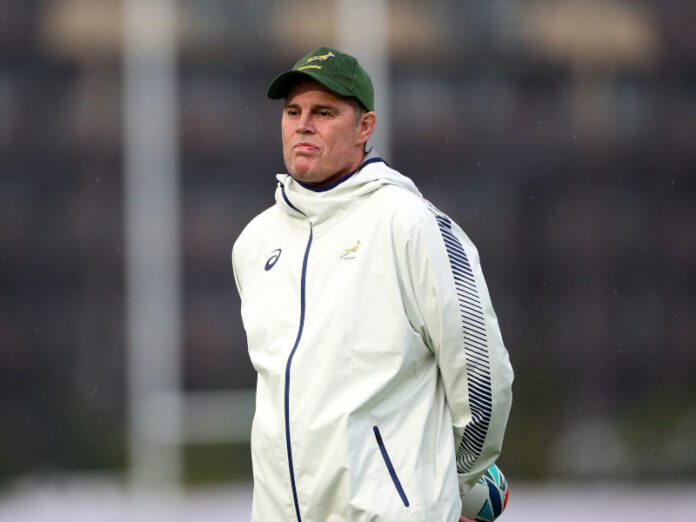 Springbok Director of Rugby Rassie Erasmus said he would not have risked his career by leaking the infamous video footage of himself criticising referee Nic Berry.

Following the Springboks’ 22-17 defeat to the British & Irish Lions last July, a 62-minute video emerged of Erasmus pointing out several errors he felt the referee made.

The video went viral across the globe. World Rugby subsequently banned Erasmus from any match-day activities at all levels of the game until 30 September 2022.

“I have never been a suit-and-tie guy who claims to be a saint,” the coach told the Daily Mail, claiming that he played no part in the “Rassiegate” video being leaked to the public.

Erasmus said releasing the video himself would have done greater harm to his career. He said he has a family to look after and leaking it would have been a risk to their futures.

Erasmus, who won the World Cup with the Springboks in 2019, said that he wanted people to know the truth as World Rugby along with the media already portrayed him in a negative light.

“My mum is at an old-age home and they’re showing her articles saying, ‘Rassie’s lost it, he’s got depression, he’s drunk’,” he said.

“Many people have already made up their minds. How do you change people’s perception when World Rugby found me guilty and banned me for 12 months? I don’t want people to feel sorry for me. I just want them to know what really happened.”

Erasmus said making videos analysing the referee’s performance was something he often did.

“I want people to know that I’m not this monster that I’ve been portrayed as,” he concluded.