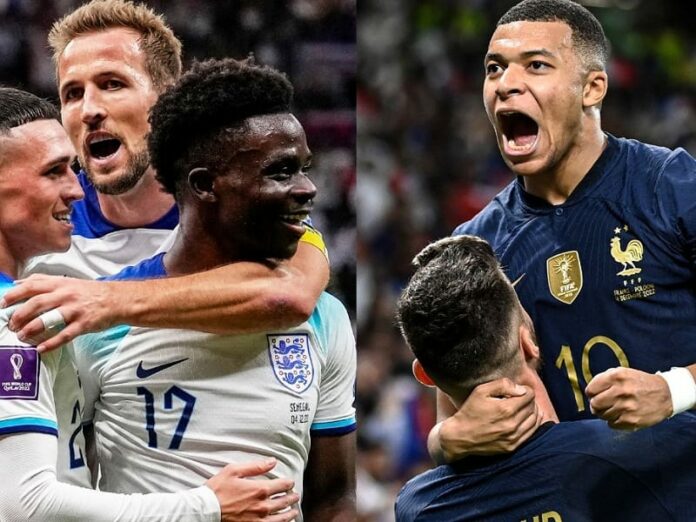 PICK OF THE SPORT: The final four teams remaining in the Qatar World Cup will be known following the quarter-finals over the weekend.

After 17 days of non-stop action, the World Cup had its first couple of days without any fixtures on both Wednesday and Thursday.

However, the business end of the tournament has arrived, with the final eight going toe-to-toe for a spot in the semi-final.

In a World Cup that has absolutely flown by, the quarter-finals take centre stage in a so-near-yet-so-far scenario.

Any team that makes it to the semi-finals will feel they have a chance at lifting the trophy at the very end. However, losing in the quarter-finals feels a far distance away from glory.

Croatia became the first team into the final four, after defeating Brazil 4-2 in a penalty shootout on Friday night.

Brazil were the favourites coming into Qatar but were unable to advance past the 2018 finalists.

Argentina became the second side into the final four after a 4-3 penalty shootout victory over Netherlands.

On Saturday Morocco, the surprise of the tournament, will face old foes Portugal in the third quarter-final.

Morocco caused a major upset when they defeated Spain on penalties earlier in the week. Portugal on the other hand eased past Switzerland.

The Atlas Lions now have a shot at history. If they defeat Portugal, they will become the first African side to reach a World Cup semi-final.

Momentum will be on the side of the Portuguese after they scored six goals in the round of 16.

Morocco will face Portugal at 5pm on Saturday evening.

However, the fixture of the weekend, and perhaps even of the tournament, closes the quarter-final show – England taking on France on Saturday night.

Both sides will feel they have what it takes to win the World Cup, but they now have to battle it out in a clash of two titans.

France and England will feel that victory will catapult them into the final, as either side will be the favourite against both Morocco and Portugal.

However, only one giant can remain when England face reigning champions France at 9pm on Saturday night.

All the World Cup action can be watched live on DStv channel 202.

➔ There was a time when rugby was a winter sport. But that is ancient history. There is a full calendar (quite literally) for South African rugby lovers to sit glued to their TV sets this weekend.

A wonderful party is in store for Capetonians as Sevens kicks off on Friday with the Blitzboks amazingly topping the standings in the HSBC series. The Sharks, Stormers and Bulls will be in action in the very taxing Heineken Champions Cup and they better have their ‘A’ games ready. Make no mistake, it’s going to be a tough step up for those teams.

Buy the beer, enjoy the rain, and watch more rugby than you’ve ever imagined.

All the rugby action can be watched across channels 201 and 211 throughout the weekend.

Pictured above: England and France