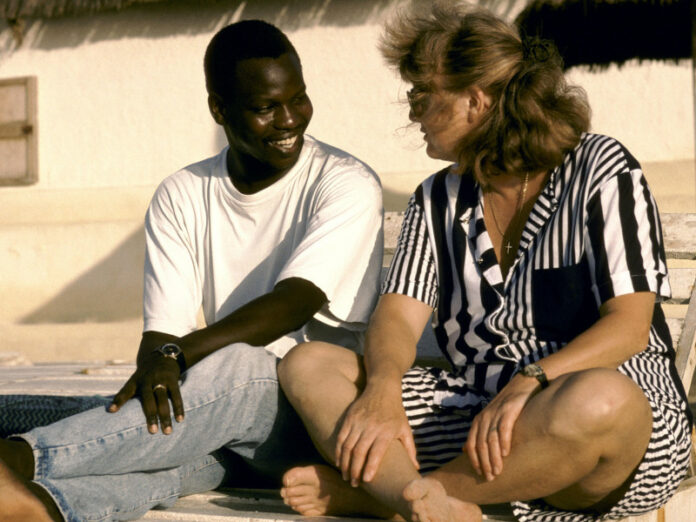 Gambia, a small country in West Africa, has become a hot location for sex tourism.

Over the years, the former British colony has become a haven for thousands of European women seeking to have saucy hot sex with black toyboys.

A high number of these women are from Britain with some from Holland, Norway, Sweden and Germany. They visit the country for the sole purpose of getting sex from young, black Gambian men.

Before visiting the country, most women make arrangements with the toy boys known as ‘bumsters’ or ‘beach boys’ online.

The beach boys will then pick them up at the Banjul airport, the only airport in the country.

Most young men in the country are willing to do anything to sexually satisfy the women in exchange for money, citing unemployment and low wages as the reason.

One British woman who has been in the country told British TV channel Channel 4 that Gambia is ‘paradise’ because ‘you can have a different man every night’.

A British businesswoman who co-owns a hotel in the country said she had brought the problem under control ‘as much as possible’ through staff training.

Geri Mitchell said she is now refocusing her business on more upmarket eco-tourism. “As the owner, you have to step in. It’s easier for me than for the staff. Gambians have great difficulty confronting white people.” she said

But the Gambian government has warned the European gogos to stay away from their country as they want to attract ”quality” tourists and not those who come just for sex.

Abubacarr Camara, the director of the Gambia Tourism Board, told UK’s Express that they want tourists to enjoy the country and the culture.

“The Gambia has cultural attractions and wildlife that tourists can experience. We have over 300 species of tropical birds and two Unesco World Heritage sites,” Camara said.

Guess the middle-aged women are not there for birdwatching.