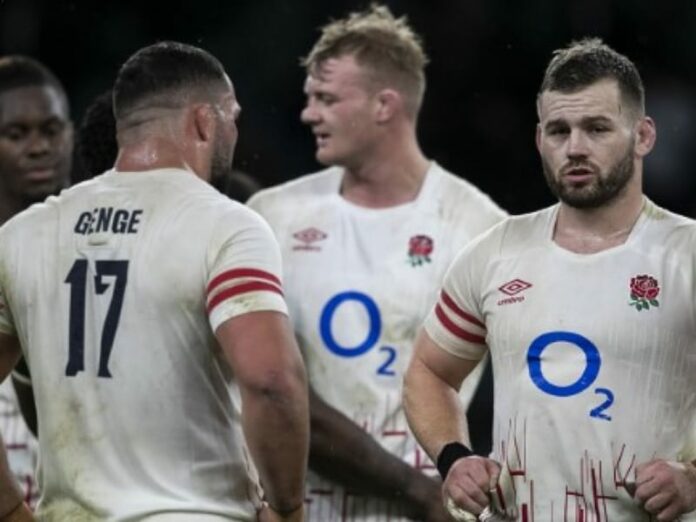 ON THE BALL: The two matches played at Twickenham over the last two weekends may very well be the most significant matches of the entire year-end-tour, writes Lucky Maree.

On Saturday the Springboks scored a great victory at Twickenham — the week before that, the All Blacks didn’t. Both teams were playing England. And that, in a nutshell, is the greatest indicator yet of the World Cup to come.

In the match between England and New Zealand at Twickenham on 19 November, the All Blacks, with ten minutes to go, had the match in the bag. They had a 19 point lead and all they had to do was run down the clock and walk off the pitch, happy with a job very well done.

But then the card system, the cancer that is slowly destroying rugby and reminds the world that the most important person on the field is the ref, made its appearance when Beauden Barrett was yellow carded.

With nine minutes to go until full time, it should, in itself, not be the end of the world.

But then England come back. In a beautiful display of dogged determination, England score 19 points to level the scores, leaving the devastated All Blacks standing around wondering what had happened.

During the match between England and South Africa, almost the same thing happens. With 20 minutes to go and South Africa leading by 21 points, Thomas du Toit is red carded.

England respond the way they did the week before.

The commentator verbalises the obvious: “Last week England scored 19 points in nine minutes, can they score 21 points in 20 minutes today?”

When England eventually score a try through Henry Slade on 70 minutes (their only try of the match) it comes from a tap penalty taken while Faf de Klerk is sitting on the ground clutching his injured ankle.

And that is the last time England score. They lose the match by 14 points.

And off we go to the World Cup.

New Zealand coach Ian Foster proves the old saying: “Show me a good loser and I’ll show you a loser.” The lack of fighting spirit of the All Blacks, their willingness to lose, is the one thing Ian Foster has “gifted” his team. When the time comes for them to lose, they will lose.

England coach Eddie Jones has instilled in his players a Jack Russell-like determination to keep nipping away at the heels of the bigger dog. And when it works, like against the All Blacks, it is a thing of beauty. But when it doesn’t work, it is ugly bordering on sadness. Big dogs often run away from little dogs, as the All Blacks did, but sometimes the big dog retaliates.

If Ian Foster is a good loser, Eddie Jones’ England is the opposite. Man, they lose badly!

The Springboks were that big dog that dealt with the Jack Russell. Rassie Erasmus may not have been at the field, but his fighting spirit was. And when it mattered, the Boks pulled off one of the big wins in Springbok history.

The similarities with the 2019 World Cup are also obvious. Chillingly so. England beat the All Blacks in the semi-final with the All Blacks looking somehow subdued, just like they did last week. The next week in the World Cup final, England couldn’t deliver and the Springboks could.

Remembering that France and Ireland are major contenders in the coming World Cup, one could ask if this mini-World Cup battle fought out between the All Blacks, England, and South Africa last week, are signs of what is to come in September in Paris?

Makes you think, doesn’t it?