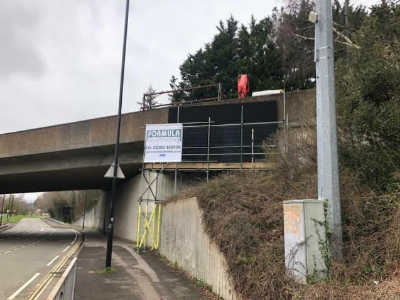 Motorists have been urged to remain cautious of stone-throwing hijackers when driving along the N2 and N3 highways in KwaZulu-Natal.

Over the weekend, several motorists became victims of this modus operandi in the province, including an ambulance that was responding to an emergency.

However, this attempted hijacking was foiled when the driver of the ambulance sped off.

In this style of hijacking, the would-be hijackers stand on overhead bridges and throw stones at cars travelling below them.

Some of these incidents took place near the King Shaka International Airport along the N2.

No injuries have been confirmed, but several vehicles were damaged.

Thabani Ngcobo remembers clearly the moment his windshield was shattered by a big rock last month in Umhlanga, north of Durban. “I heard a big bang out of nowhere and when I stopped to check what had hit my windshield, I was hijacked.”

He warned other motorists not to stop when they are struck by rocks on highways.

“Just rush to the nearest police station or filling station where there are a lot of people,” said Ngcobo.

Ashley Naicker did exactly this when his car was hit by a big rock on its roof on Saturday evening at Westville.

When he stopped after a few metres, he saw three men running towards him.

“I got in the car and sped off to a nearby filling station where I was able to contact the police,” he said.

In 2018, seven-year old boy Abdur Raheem and his older sister Amina Haffejee were both killed after their car was hit by a rock that was allegedly thrown from an overhead bridge on the N2 between Tongaat and Ballito.

Tips to evade stone-throwing hijackers from the Automobile Association (AA):