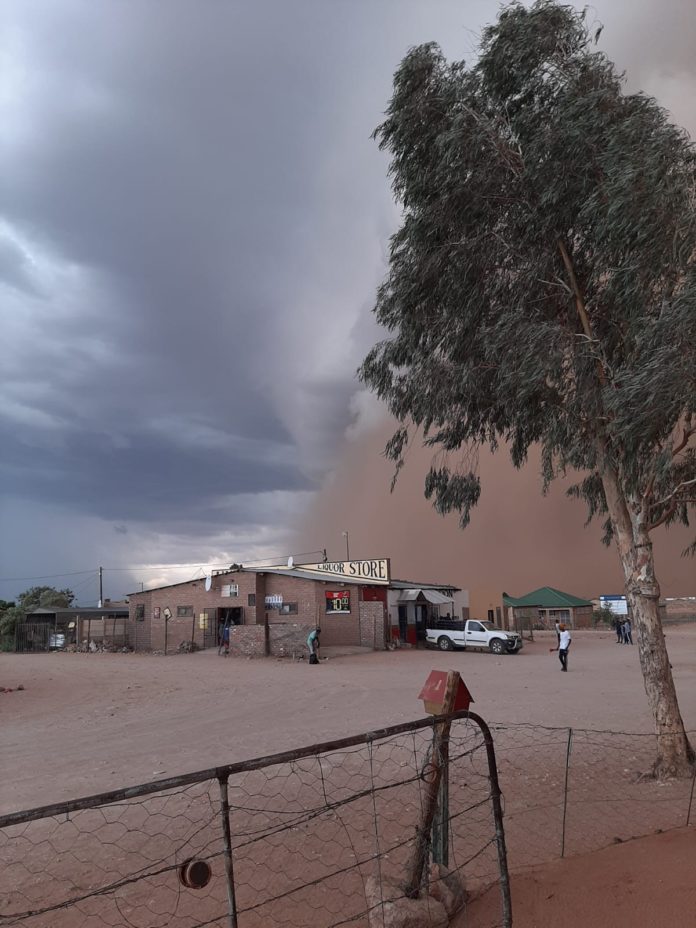 Residents thought it was the end of the world.

A local sangoma said it was a warning from ancestors who wanted people to repent their sins.

He was one of the people who watched the massive dust storm that hit Upington in the Northern Cape on 21 November.

“I had just finished my laundry when the dark clouds quickly gathered on the horizon. I have never seen that kind of weather. I called my wife who was at work and she said there was no electricity in town.”

Resident Susan Marteens, said she was also convinced that everyone in Upington was going to die.

“The height and shape of that storm dust was scary. I ran to my mother and found her praying. This caused panic to many people,” she said.

Local sangoma Thami Sebolelo said according to his bones this was a warning to residents to repent from their bad ways.

“After the weather cleared, I consulted the ancestors. I was shown that it was their way of reminding residents to leave their bad deeds behind,” he said.

“The world is a sad place right now and the ancestors are not happy. People are being robbed, women and children are being abused. This needs to stop.”

“There were power outages in Louisvale dorp, Jooste Eiland and the industrial area. No incidents involving social relief structures were reported through the municipal emergency numbers. The disaster management team did not observe any damage caused by the storm,” he said.

“The dust storm was replaced by rain and then the skies became sunny again.”