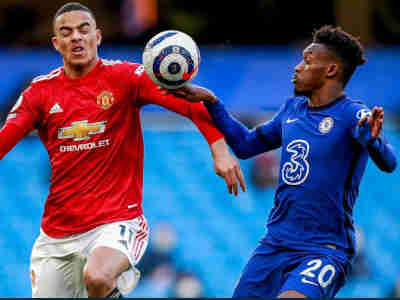 Manchester United missed an opportunity to reduce the points gap to rivals Manchester City following their goalless draw against Chelsea at Stamford Bridge.

United didn’t reduce the 10-point gap and put pressure on run-away log leaders City, but the draw kept United a point above third-place Leicester City, who lost against Arsenal.

Chelsea managed to maintain their unbeaten run, which started when Thomas Tuchel took over the coaching reins. His side remains fifth, one point behind fourth-placed West Ham United.

United were denied what looked like a clear penalty for a handball by Calum Hudson-Odoi. The referee checked the VAR monitor but decided not to award the penalty.

Manchester United manager Ole Gunnar Solskjaer said he was convinced it was a penalty.

“Especially when he stops play and walks across to watch it on a video,” Solskjaer told SuperSport TV.

“When looking at the video it’s a handball. For me it seems they took two points away from us.”