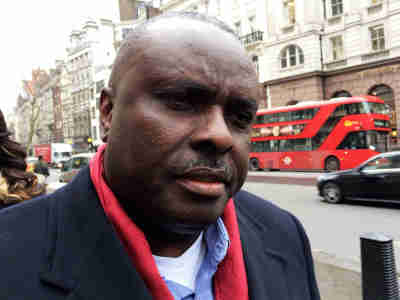 The UK announced on Thursday that it will return £4 million (over R83 million) of stolen funds to Nigeria – in a landmark agreement to return assets seized from criminals.

The money was stolen by former Nigerian state governor James Ibori (above) and his associates from the oil-rich Delta state.

The total sum allegedly stolen by Ibori amounts to over R3.3 billion, according to analysis by a UK anti-corruption charity, meaning the R83 million being returned to Nigeria is only a fraction of what was stolen.

According to the UK Foreign Office, the money being returned will be spent on infrastructure and building works for the Nigerian people.

Ibori was previously handed a 13-year sentence in 2012 after he pleaded guilty to 10 criminal charges over the appropriation of huge amounts of public funds during his two terms as governor of Delta State.

His sentencing marked the end of a drawn out extradition procedure and his evasion of arrest in Nigeria.

However, a failed appeal in 2018 cleared the way for a seizure of his UK assets and their subsequent return to Nigeria.

Ibori is a high profile example of corrupt officials taking Nigerian government funds, moving them out of the country and laundering them in countries like the UK.

The equivalent to billions of Rand, which should have contributed to Nigerian public spending, has instead been used by Nigerian elites to build extensive property portfolios and assets.

The UK’s Africa Minister, James Duddridge, said: “When money is stolen from public funds it hits the poorest communities the hardest and means money can’t be spent where it’s most needed.”

The return of these funds follows an agreement made in 2016 by the two countries which aimed to return the seized proceeds of bribery or corruption to Nigeria. In return, Nigeria was made to commit to transparent use of the returned funds.