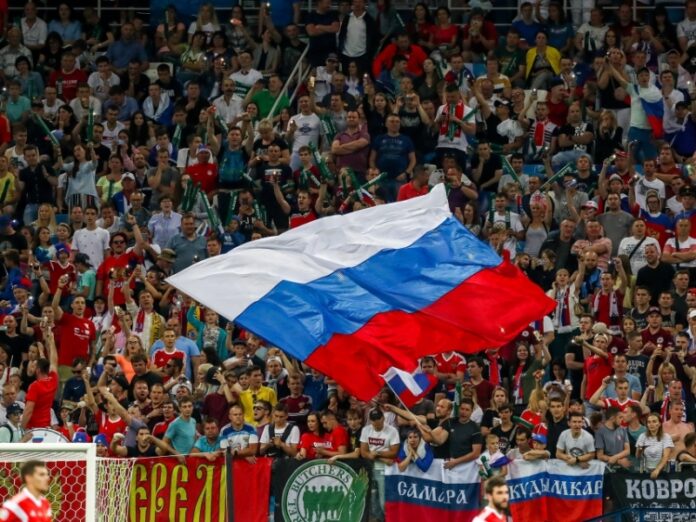 Uefa have confirmed that the Russian women’s team as well as domestic clubs will be barred from competing in any of its competitions.

Following the invasion of Ukraine on 24 February, the European football governing body announced that the men’s national team would be suspended until further notice.

Just over two months later, they have now confirmed that all Russian involvement in Uefa competitions would be prohibited until the end of the 2023 season.

Uefa also confirmed that Russia’s bids to host the 2028 or 2032 Euros were no longer valid.

The footballing body revealed that Portugal would replace Russia in the women’s Euros this year. Russia’s women’s team defeated Portugal in the playoffs to earn their spot in the competition, which is set to begin in July.

The side has also been removed from the qualification process for the 2023 World Cup and the men’s team has been banned from this year’s World Cup as well as next year’s Nations League competition.

The ban on domestic clubs means no Russian side will compete in the Champions League, Europa League or the Conference League next season.

Russian side Spartak Moscow was kicked out of this season’s Europa League as a result of the invasion, giving German side RB Leipzig the automatic win.

Weeks after the military operation in Ukraine began, Russia was laughed off after it declared an interest in hosting the Euros in the future.

Uefa explained the bid was ineligible in accordance with the Bid Regulations which state that “each bidder shall ensure that it does not act in a manner that could bring Uefa, any other bidder, the bidding procedure or European football into disrepute”.

Uefa’s ban on Russia has been extended to cover the under-21 tournaments, youth football and futsal competitions.

Russia’s ban in European club competitions has benefitted Scotland as the winner of the league now goes directly to the group stages instead of going through a qualification process.

The runner-up will start their qualification process in the third round and not the second round.