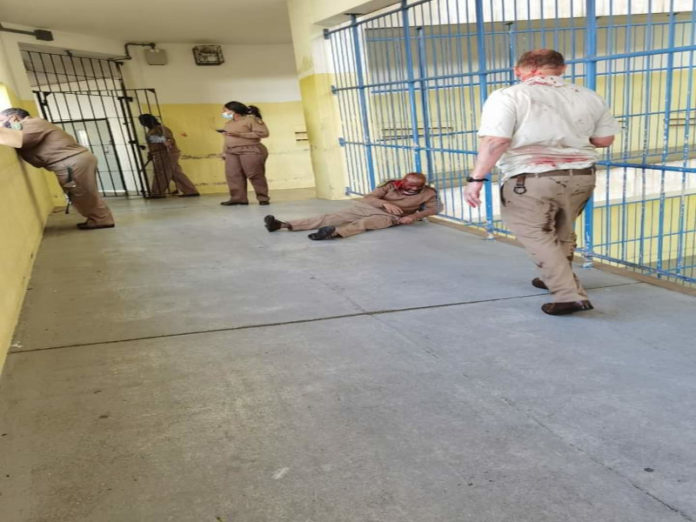 Westville prisoners have joined the Zuma unrest by allegedly stabbing two warders who were inspecting inmates on Tuesday morning.

Department of Correctional Services spokesperson, Singabakho Nxumalo said in a statement that the incident was barbaric and opportunistic.

He said strong action will be taken against those who attack correctional officials.

“The two officials were stabbed by remanded detainees when they unlocked their cells for the morning inspection. This incident is opportunistic, and the Department will not tolerate such acts,” said Nxumalo.

He said the remandees behind this barbaric act have been identified and they will face disciplinary processes as well as being criminally charged.

“We won’t ever be apologetic about our resolve to restore order with the means available to us whenever the State is attacked,” he said.

Nxumalo said the Department of Correctional Services will use necessary force against those who attack its officials.

The incident came after another KZN Correctional Centre in Umzinto was burned by prisoners who tried to escape. One inmate died after he jumped from the roof and fell to the ground.