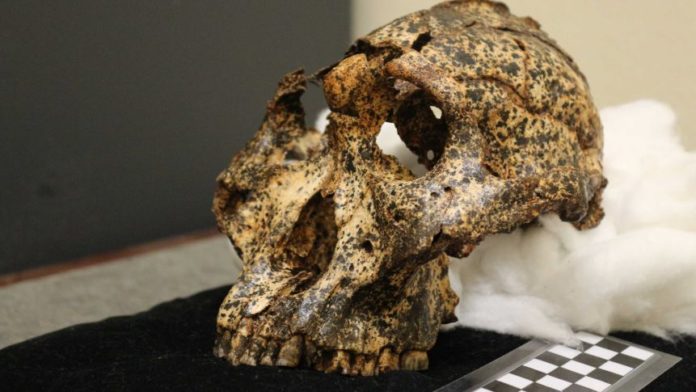 A two-million-year-old skull of a distant human cousin has been found in a cave near Johannesburg.

The skull, which has very large teeth and a small brain, was found at the Drimolen cave system near the Sterkfontein world heritage site.

The skull belongs to a relative known as a hominin. It was painstakingly reconstructed from hundreds of bone pieces.

What has researchers so fascinated is that the hominins were walking around South Africa at the same time as Homo erectus, the direct ancestor of all humans.

Millions of years ago there were believed to be many more of them than of our ancestors.

The human ancestor had a large brain and small teeth and represented a different evolutionary experiment.

Scientists believe that climate change wiped out many mammal species, including the distant relatives of early man, in South Africa.

The area around Sterkfontein is one of the most important sites in the world for fossils of early man and his relatives.