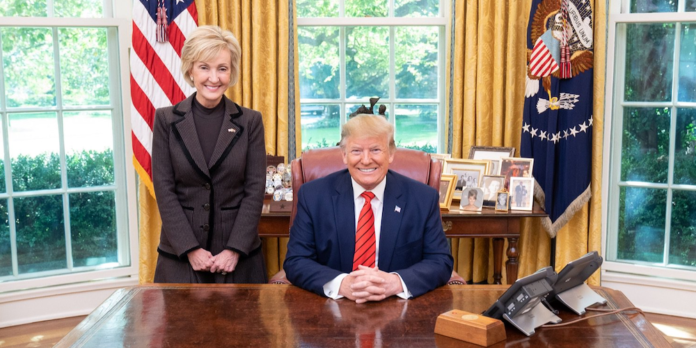 Trump’s U.S. ambassador to South Africa spent R15 million on a second official residence she kicked a family out of to occupy – and then never used.

Lana Marks, 67, was appointed to the post in 2019 despite having no previous experience in diplomacy, and stepped down last week following Joe Biden’s inauguration.

Her only apparent credential is that she is from South Africa. Since emigrating in 1976, she has found success as a luxury handbag designer.

In 2019, she became the fourth paying member of Trump’s Florida resort, the Mar-a-Lago Club, to receive an appointment in his administration.

Her time spent as an envoy was marred by abuses of power as well as accusations of bullying by her former subordinates.

Despite working 1400 km away in Pretoria, Marks insisted in 2019 that she be allowed to take over the residence of the U.S. consul general in Cape Town, which resulted in the eviction of a family in the process.

“There was no legitimate reason for the ambassador to be in Cape Town for extended periods,” one official said. “The government of South Africa has been planning to move Parliament to Pretoria, and during Covid-19, all sessions have been virtual.”

Having moved in, the ambassador demanded renovations, new furniture and other expenditures associated with the house’s conversion to the tune of $1 million (R 15 million).

“It was extremely poor use of taxpayer money, and a very poignant example of excess,” one diplomat said.

As well as sharing a fondness for flashiness with Trump, Marks also consistently undermined the threat of the pandemic during her spell as ambassador.

However, after being hospitalised by the virus for 10 days, she said “This is a tremendously serious and unpredictable illness, and it has been the most physically debilitating thing that I have ever experienced in my entire life.”

She later refused to self-isolate after being exposed to the virus at a Trump dinner in Mar-a-Lago.