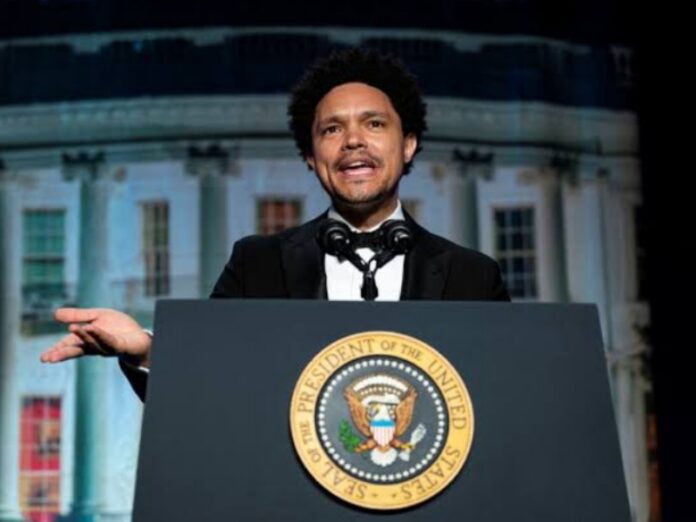 Comedian and Daily Show host Trevor Noah has capped off an excellent month by hosting the first White House Correspondents’ Association Dinner attended by a president in six years on Saturday night.

The traditional dinner which is held annually at the White House in Washington D.C., but hasn’t been attended by a president in six years, as Donad Trump snubbed it for four years before it was cancelled due to the pandemic.

After beginning the month by hosting the eventful 64th Grammy Awards ceremony in Los Angeles, Noah had the audience of more than 2,500 journalists, celebrities and politicians bursting to tears over his witty jokes.

Like on the Daily Show, Noah’s jokes touched on the most topical issues, from inflation to Covid.

“Ever since you’ve come into office things are really looking up,” Noah said to President Joe Biden who had a full grin.

“You know… gas is up, rent is up, food is up,” said Noah jokingly, to a crowd which was buzzing with laughter.

Noah, who has been brilliant in hosting and speaking in different events in America, was seated next to the first lady during the whole ceremony proceedings, including the awards ceremony where prizes are handed to the best political journalists in the country.

Meanwhile the White House Correspondents’ Association ceremony used to be a men’s only event, until the 35th US President John F Kennedy refused to attend the event without women in 1962.