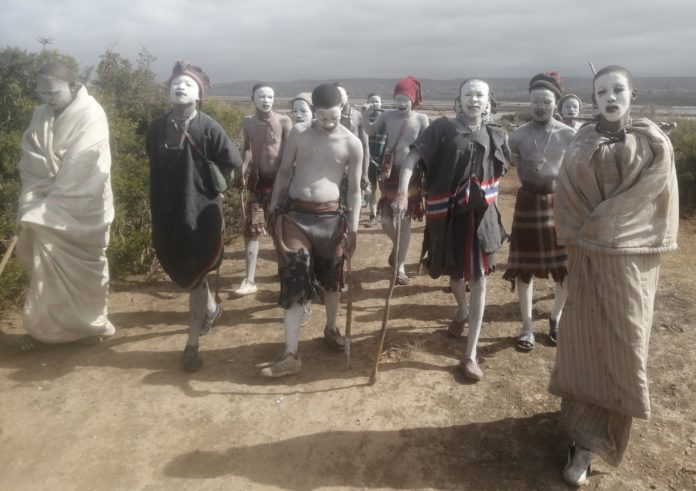 Three iingcibi have been arrested in Nelson Mandela Bay and five initiates rescued from illegal circumcision schools during a clampdown by traditional leaders on illegal initiation schools.

Circumcision remains suspended in this municipality due to the spike in Covid-19 infections.

The traditional leaders have been challenging this decision, claiming a backlog of about 7,000 boys who want to be circumcised after the winter circumcision season was suspended.

But now they sing a different tune.

“We also arrested an ingcibi in the KwaMagxaki initiation school in Port Elizabeth for illegally circumcising three initiates. We also found him in possession of old photocopied circumcision forms with signatures of mothers of these initiates.”

“This is unacceptable because we have ordered all the clinics not to issue the circumcision forms as circumcision continues to be suspended in this municipality.”

He added: “These are qualified ingcibi and they know the law. They have been charged for breaking the Disaster Management Act. The initiates were taken back to their homes and placed under the supervision of their parents.”

Mfunda said there are ongoing raids.

“We will keep on raiding the illegal initiation schools with the assistance of police and health officials. We also want to warn the parents that they would also be charged for allowing their children to be circumcised illegally.

“Previously we were against the suspension but Covid is not a joke. It’s better to have a backlog of uncircumcised boys than to have a huge mortality rate of the initiates who died of Covid-19,” he said.