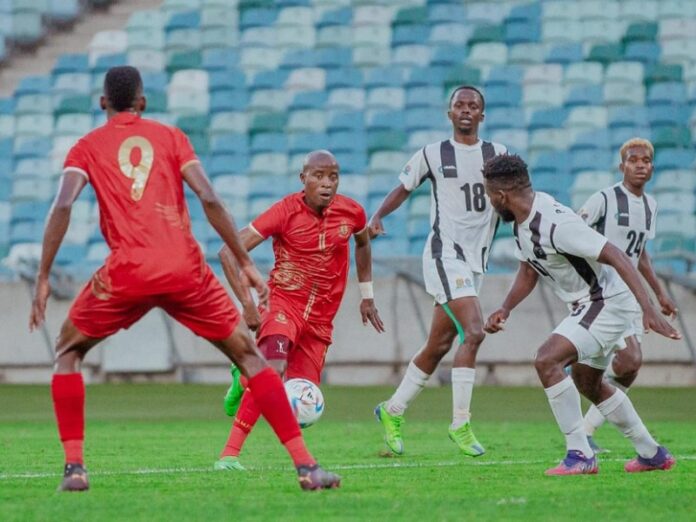 Football club TP Mazembe from the Democratic Republic of Congo has accused South Africa’s Royal AM of stealing some of their players’ passports – leaving them stranded in Durban.

The two sides clashed in the Confederation of African Football (CAF) Confederations Cup’s second leg at the Moses Mabhida Stadium in Durban on Wednesday.

TP Mazembe advanced to the group stages of the tournament after beating Royal AM 1-0 to win on a 3-0 aggregate, having won 2-0 at home.

TP Mazembe team manager, Frank Dumas, told Scrolla.Africa that they believe Royal AM are behind the disappearance of six of their players’ passports and other valuables.

“We are still here at the lodge and we are very very angry about this whole thing. We suspect someone from Royal got spare keys and stole passports, cellphones and other stuff from the locker. We demanded footage but those people at the stadium refused,” says Dumas.

Dumas says they believe the stadium was following Royal’s instructions. He says the team hopes to get  temporary documents and to fly back home over the weekend.

Tensions were already high before the second leg of the game after Royal AM owner, Shawn Mkhize, revealed they were treated badly when they played in the DRC two weeks ago.

She described the treatment as “shameful”.

Police had to be called in to separate Royal AM and Mazembe supporters at the stadium.

Royal AM team manager, Richard Makhoba, says he is aware of the theft claims.

“But it’s not our fault that they lost their stuff. We wish them well as they progress further in

Alleged ill-treatment by TP Mazembe  of visiting teams is well documented. Two seasons ago, South Africa’s AmaZulu also fell victim, as some of their players’ cell phones were stolen while the match was under way. TP Mazembe is owned by wealthy and controversial Moïse Katumbi.

Pictured above: TP Mazembe taking on Royal AM