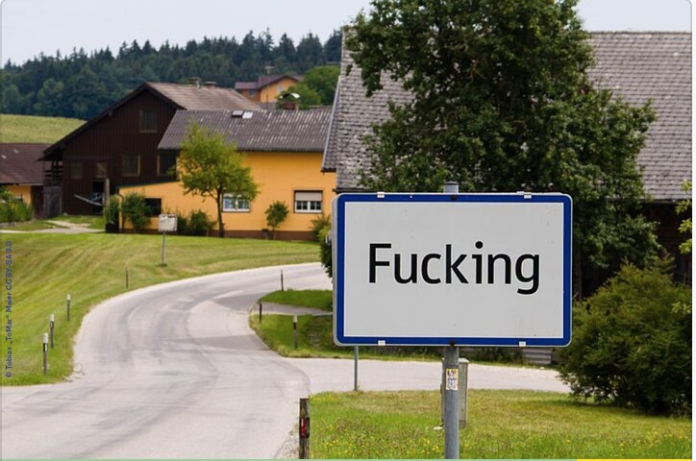 An Austrian town called “Fucking” has got tired of being the butt of travellers’ jokes and is changing its name to “Fugging”.

The town’s name of “Fucking” dates back to the 11th century, and the villagers are known as “Fuckingers”.

Agence France Press reports that English-speaking tourists like to snap pictures of themselves by the signposts, and some have reportedly even been stolen.

In 2012 fake news was spread that the town, with a population of 104, was changing its name. But now it’s official. “Fucking” will offically cease on 1 January 2021 when the new name comes into use.

“I can confirm that the village is being renamed. I really don’t want to say anything more,” said Andrea Holzner, the mayor of the local municipality.

The village dates back to 1070. Some locals say a sixth century Bavarian nobleman called Focko actually founded it.