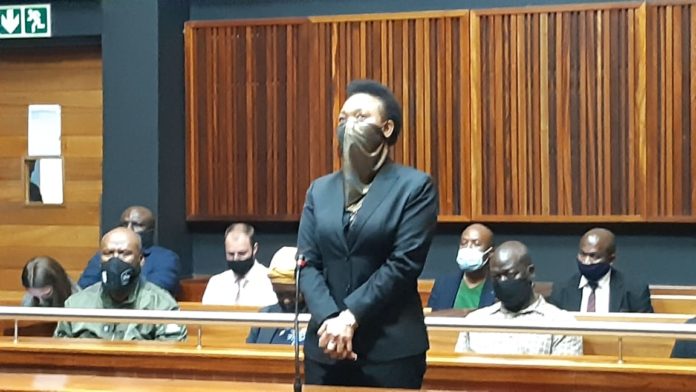 She appeared in the Palm Ridge Magistrate’s Court on charges of corruption, fraud, theft, and money laundering and was granted R20,000 bail.

The charge is in connection with a R191 million South African Police Service (SAPS) tender fraud case dating back to 2017.

Mgwenya is the 13th accused in the case.

Sindiswa Twala, spokesperson for the Investigating Directorate said Mgwenya’s arrest and appearance related to the supply of emergency warning equipment to the SAPS.

Twala said R65 million was paid to the service provider, Instrumentation for Traffic Law enforcement (Pty) Ltd. The payment of R22 million was stopped at an advanced stage after the matter was investigated.

The latest arrest joins 11 other people:

Twala said the Investigating Directorate has been working with different law enforcement agencies in investigating and arresting the suspects.

General Khehla Sithole has reaffirmed that “nobody is above the law.”

All accused will be back in court from 16 November to 10 December.