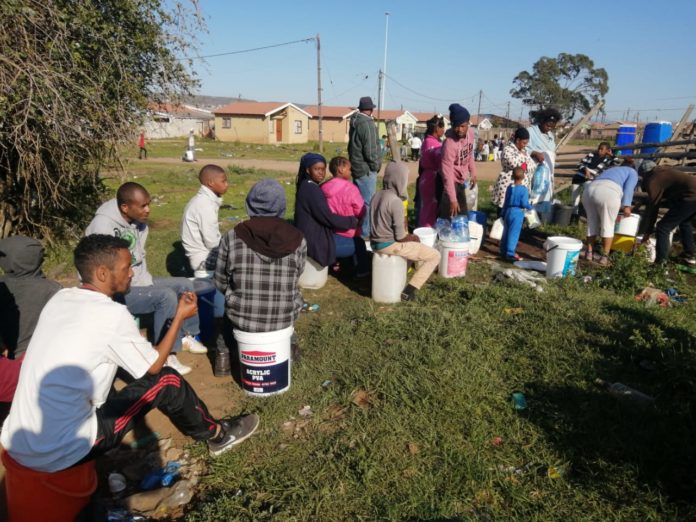 The municipality, which has been on its knees financially, is also dealing with a spike in Covid-19 cases, a water crisis and a series of service delivery issues.

The Treasury has been holding back money because of mismanagement and political instability.

On Tuesday, acting mayor Tshonono Buyeye was over the moon about the grant.

Some residents are not so happy about where the bail out will end up, saying mismanagement and corruption means their living conditions will remain the same.

Sipho Ntsondwa, chairperson of the Informal Settlements Forum, told Scrolla.Africa eight electrification projects had stopped because of no funding.

Ntsondwa says the municipality messed up a water and sanitation project and “replaced the inhumane bucket system with even more embarrassing chemical toilets. With the chemical toilets five to ten families share them and the people are exposed to many diseases”.

Mayor Buyeye says the money will be released from National Treasury following the conclusion of marathon talks.

“National Treasury had raised concerns about issues in relation to outstanding forensic investigations,” Buyeye says. Concerns were raised about the appointment of permanent senior managers, a proper financial reporting plan, and poor project management. Some of the money has been withheld before further conditions are met.

“We are aware of the two disasters that we currently face, the water crisis and Covid-19, which have both led to massive job losses,” the mayor said.