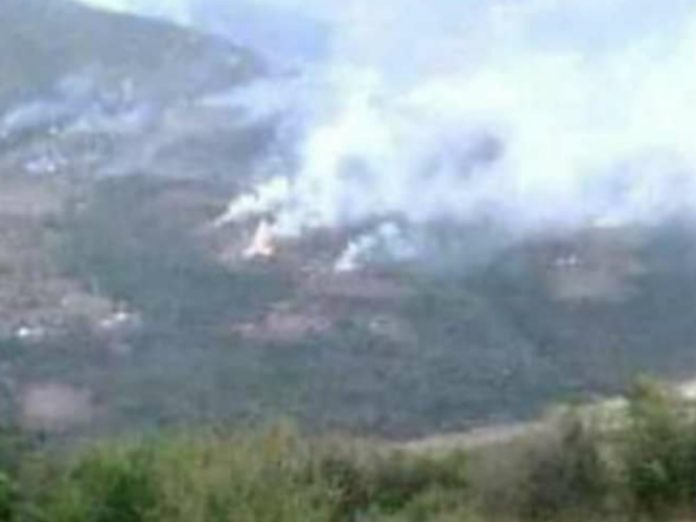 Black smoke hung in the sky as 18 homesteads were burnt in the village of Tyeni in Port St Johns, Eastern Cape on Saturday.

Three people were gunned down with two dead and one in hospital in what is believed to be as a result of factional battles.

Members of five villages – Gangata, Siphusiphu, Ziphondo, Maqhinebeni and Mhlotsheni – joined together and attacked the community of Tyeni village as they believe Expanded Public Works, farming projects, and even professional jobs like teaching and nursing are only being allocated to Tyeni village.

Community leaders in Tyeni village have been accused of employment malpractice, nepotism, and directing service delivery at their own village, overlooking neighbouring ones.

For their own safety, women and children evacuated their homes to seek refuge in a nearby forest while others fled to relatives in other villages.

A Tyeni resident told Scrolla.Africa that a group of men came in the early hours of Saturday morning and started assaulting, shooting and burning houses.

He said the house where he lived with his wife and two children was burnt to the ground.

“The situation is tense. We are all scared,” he added.

He said the other villages are accusing them of only involving people from their village regarding development.

“This battle has been going on for almost a decade now,” he said.

“Those people are cruel because some of the people have nothing to do with development in the area.”

He had to abandon his village because he was scared of being killed.

“Two bodies were found. A third person was later found with injuries,” he said.