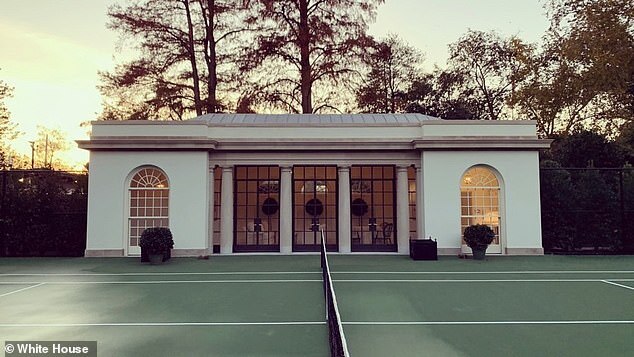 The American government has been paralysed in the face of Covid-19, the worst public health crisis in a century which is now killing almost 3,000 people a day.

President Donald Trump is using his remaining weeks in office claiming that he won the election that he lost a month ago. On Saturday night he went on an hour and a half rant at a rally which a number of reporters described as “batshit crazy”.

But don’t say the Trump administration is doing nothing. First Lady Melania Trump on Monday unveiled a new tennis pavilion at the White House.

Unsurprisingly, this announcement has not filled Americans with gladness and joy.

Not when 282,000 have died in the pandemic, 30 million have lost their jobs and 29 million do not have enough food to eat.

In the weeks leading up to Christmas they will be stuck indoors or crammed into hospitals, watching their elderly relatives die, as the madman in the White House spews ever more absurd lies in the hope of overturning the election.

Writer Molly Jong Fast tweeted on Monday: “The administration that’s currently perpetrating the greatest public health disaster of our lifetime is laser focused on bitching about the election and finishing the tennis pavilion.”

Trump has now lost 44 out of 45 challenges to the elections in the courts and in some states has had the vote recounted three times, all with the same result.

His lead lawyer, Rudy Giuliani, tested positive for the coronavirus on the weekend and has now been hospitalised.

The Washington Post interviewed people inside the White House who describe “a government paralysed by the president’s fragile emotional state; advisers nourishing his fables; swear words flying in feuds between factions of aides and advisers; and a blurring of truth and fantasy.”

At least they have a tennis court to take it out on.