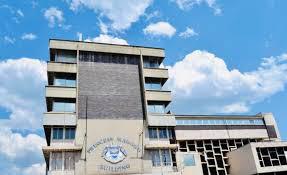 One of the most troubled district municipalities in KwaZulu-Natal is on the brink of collapse.

Employees at uMzinyathi District Municipality have not been paid their salaries that were due on Friday.

Employees were frustrated after they were told that the municipality won’t be able to pay them because it does not have money in its account.

Workers who spoke to Scrolla.Africa over the weekend revealed that only councillors have been paid.

“We have bills to pay. Where do they think we should get the money if not from them as our employers. We are the engine of this municipality but they chose not to pay us. This is painful and I am very depressed,” said one employee who spoke on condition of anonymity.

In 2019/2020 the Auditor General revealed a damning picture about uMzinyathi. The municipality even failed to file its financial report on time.

ANC chief whip Bongani Chambule said that they don’t understand why the municipality failed to pay its employees because they recently spent R2.5 million on a Comrades Marathon Qualifying Race that was held at the beginning of the month.

“The municipal political leadership seem to be clueless on what should be done to address the basic service needs and the mainstreaming of apex priorities for the community of uMzinyathi that is poverty stricken and ravaged by drought and a lack of proper sanitation,” said Chambule.

The ANC in the province revealed that even the service providers have not been paid and most water projects are incomplete for this reason.

The municipality has refuted claims that it has resorted to loans in order to sustain its bank account.

Mayor Petros Ngubane said that the allegations levelled against the municipality that it has resorted to a loan facility to pay its workers due to the shortage of funds was not true.

“The lies perpetrated about our municipality are not only a fabrication but shameful as well. The true state of affairs is that salaries for our workers are budgeted for in the same way we cater for the development programmes of the current financial year,” said Ngubane.