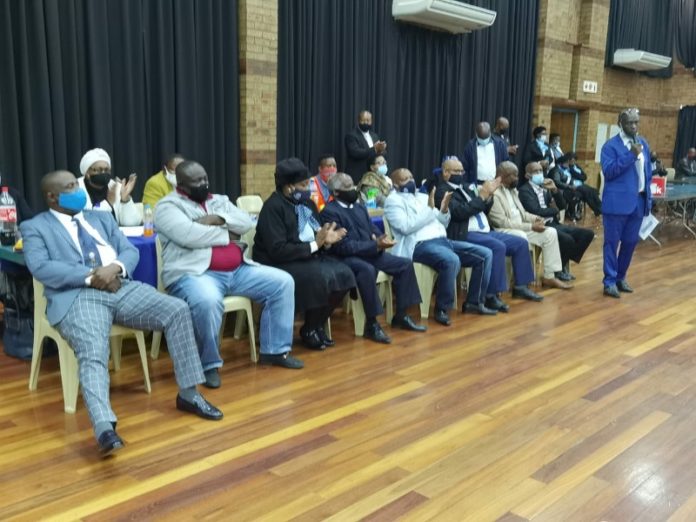 He once met up with hitmen who had been paid to kill him, but they spared him after he offered double the price on his head.

Six years later, Mandla Nzimande has been gunned down.

He liked to think of himself – and was described by colleagues – as a peacemaker doing what he could to stop the rampant killings in the taxi industry.

He told Scrolla.Africa in May that his father was a taxi man who was killed in taxi violence.

Because of this, he hoped that he would steer clear of the industry, and worked for the Department of Arts and Culture instead.

In 2009, he was appointed as a caretaker chairman of the Greater Alberton Taxi Association after the previous chairman and his executives were all gunned down.

In 2010, he was elected as the new chairman of the association soon after being appointed as its secretary.

From there, the endless marathon of peace negotiations began.

“My aim to be involved in the industry was to change the mindset of the people who have been killing each other just because I hold a different view from the next person.

“Surely, if we concentrate on business and making money, these killings would definitely end,” he said.

But despite striving for peace, Nzimande was not spared from attempted hits over the years, including the one that finally took him to the grave this weekend.

In an interview before his death, he said that in 2013, three people waited for him at his gate to assassinate him. He got a tipoff and drove past his house and called the cops who then escorted him home.

In 2015, Nzimande’s nephew, who is a sangoma, called him to his indumba to tell him that three hitmen had come to consult him to get muti to find their target. When they mentioned his name and produced a photo, his nephew realised that they were intending to kill his uncle.

Nzimande went to meet his hitmen, who had been offered R15,000 to take his life. “When I met the inkabis, I gave them R30,000 to thank them for sparing my life.

“They asked me if they should kill the man who sent them, but I told them not to.”