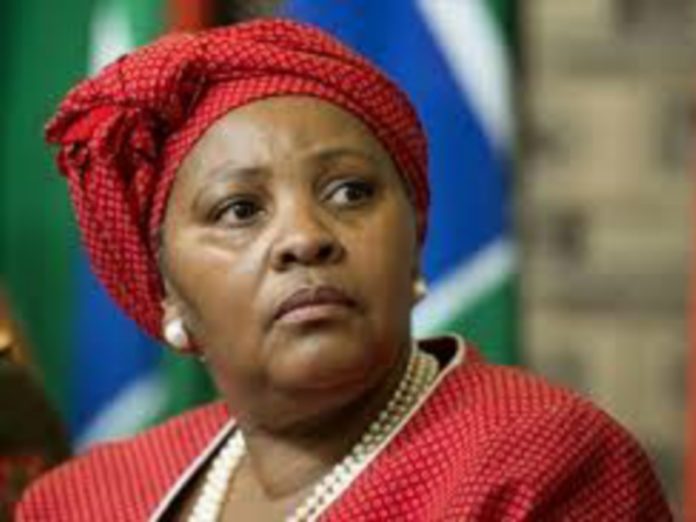 “There is no coup here, there is no insurrection here,” she told the Parliament’s Joint Standing Committee on Defence on Sunday.

This is the opposite of what Ramaphosa told the nation in his evening address on Friday.

“Using the pretext of a political grievance, those behind these acts have sought to provoke a popular insurrection,” Ramaphosa said.

He added: “Yet, despite the widespread destruction, this attempted insurrection has failed to gain popular support.”

In a sign of cracks in Ramaphosa’s security cluster, Mapisa-Nqukula appears to have a differing view from her boss, the president.

Mapisa-Nqakula said there were elements of criminality and thuggery, but not a coup of insurrection.

She said there were signs of a “counter-revolution which is creeping in, in the form of criminality and thuggery”.

She briefed the committee alongside the army’s top brass after a week-long of looting and vandalism that left more than 200 people dead in KZN and Gauteng.

Her utterances were in sync with Intelligence Minister Ayanda Dlodlo, who rejected her deputy Zizi Kodwa’s views that the riots were a coup targeting Ramaphosa.

Like Nosiviwe, Dlodlo said the claims of a coup were “unfounded”.

Mapisa-Nqakula said the deployment of the army in Gauteng and KZN would quell the riots.