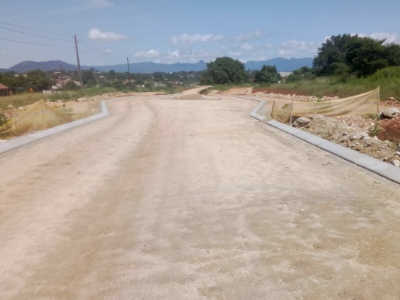 A new road is usually an event to celebrate, but for residents of Muledane outside Thohoyandou in Limpopo, it is a painful reminder of lies and unfulfilled promises.

The 77 homeowners of the Muledane Vhatukanani Concerned Group staying in the area claim the government promised to pay for the losses they suffered when they were relocated for development in the area some time ago.

The angry residents have now vowed to block the construction of the project and have already issued warning letters to the Thulamela Municipality and the contractor.

Spokesperson for the group, Julia Ramanyimi said in the 1990s they were told the area was to be incorporated into Shayandima and be called Shayandima Extension 3.

“Our sites were demarcated and we were told we would be compensated for our losses that included fencing and trees,” she said.

“We have been engaging with the government and mayors have come and gone without helping us. We approached the Department of Public Works but got no feedback.”

She said the last straw was this week when they met the new mayor, Avhashoni Tshifhango.

“He told us they know of only three families affected by the construction of the road,” she said.

“We are still ready to sit down with the municipality but they must be prepared to pay us or else the construction will not continue.”

Thulamela Municipality spokesperson Nndwamato Tshiila said before the project started it was found that only three households would be affected and they are compensating them.

“Construction will not stop,” he said.

He warned residents against disrupting the construction work.