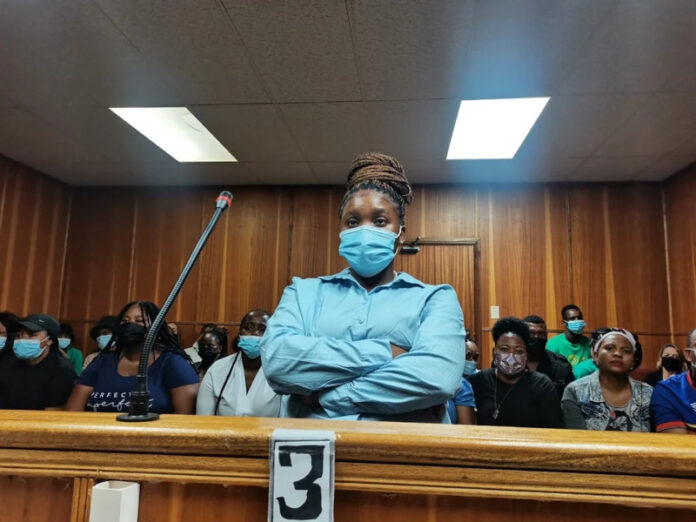 Sibongile Mani saw it as a lucky break when she realised NSFAS had deposited a staggering R14 million into her bank account and she went on a spending spree that would make a rap star tremble.

The Walter Sisulu University student was charged with theft relating to the error made by the National Student Financial Aid Scheme (NSFAS) and she was arrested in May 2018.

“The only sentence that is appropriate is direct imprisonment. You are therefore sentenced to a term of five years’ imprisonment,” the court ruled on Wednesday.

Mani is eligible for parole and potentially finishing her time under correctional supervision, but only after she has spent one third of her sentence in jail.

The magistrate said that Mani only had herself to blame after she spent money that she knew was incorrectly in her account.

“You, and only yourself, made that decision on 1 June 2017, you did so repeatedly, for 73 consecutive days, numerous times per day,”

“You were rushing against time to spend the maximum amount before it came to an end. Those were conscious decisions you took every day,” said Olivier.

Olivier added that 585 students at the same university would have been in financial danger if the company responsible for distributing NSFAS funds had not paid the money back.

The court ruled that Mani was in fact an adult when she committed the crime while rejecting her appeal where she claimed she had no intention of taking money from NSFAS.

On average, Mani spent R11,000 every day she had access to the money.

For a student who was only permitted R1,400 food allowance per month from NSFAS, that was quite a spending spree.