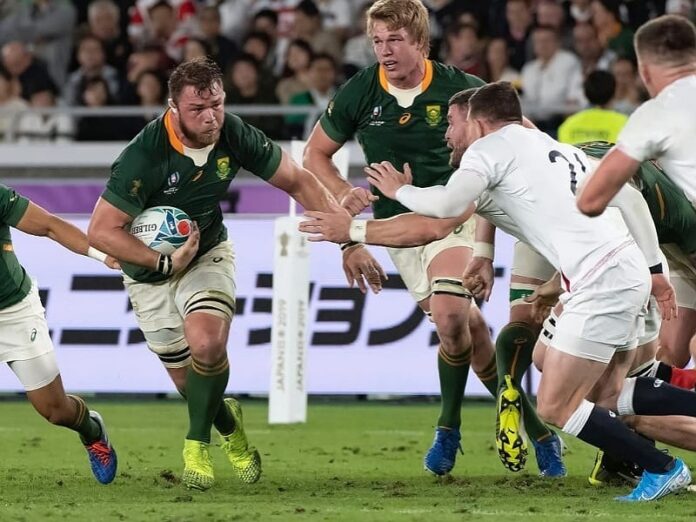 Can the table be more beautifully set for a great finale than when South Africa play England at Twickenham on Saturday?

Adding to the suspense is an article written by New Zealand commentator Ben Smith (rugby365.com) who, as NZ commentators often do, launched a virulent attack on the Springboks.

While the image of Rassie being “a rat in a spinning wheel” is quite amusing, what was downright funny was his opinion of the England team.

On the Friday before the All Blacks played England, he described England as “a beatable team” – but that was before England scored 19 points in nine minutes to snatch a draw without the All Blacks coming close to responding. While there is no doubt that the dreaded yellow card shown to Bauden Barrett in the last ten minutes disrupted the game, the way the mighty All Blacks rolled over was close to pathetic.

How is this relative to the Springbok match against England?

It is an indictment of New Zealand coach Ian Foster, who seems to have placed the All Blacks firmly in the “beatable team” category. It is as if this New Zealand team are ready to lose when they have their backs to the wall.

But the opposite is true about England. If Eddie Jones has handed the England team one consistent characteristic, it is this: England will fight!

By contrast, the South Africa side still has a number of positions that are far from confirmed. Damian Willemse, such a spirited player, is far from being a confident flyhalf. Facing the very fluid Marcus Smith is going to be a test of character for him. Willie le Roux fans celebrated his great game against Italy. Not only did he handle well, his decision making was breathtaking; but Italy gave him a lot of space, which England probably won’t allow.

A player can’t have a game like Kurt-Lee Arendse had against Italy without England putting a plan in place to deal with him. If he can make a breakthrough in this match he will have placed himself on the road to being a great green-and-gold player.

Then there are the Springbok forwards. Siya Kolisi, Eben Etzebeth, Malcolm Marx, Steven Kitshoff are just some of the players who surely make the England forwards feel just a little uneasy. If the Boks forwards pitch up as we know they can, the great Maro Itoje cannot contain the Bok forwards by himself.

The battle lines are drawn. Can the England forwards contain the Boks? Will Damian Willemse buckle under pressure? Will Kurt-Lee Arendse and Willie le Roux deliver the goods?

Unfortunately, aside from the actual play, we have to wonder what influence referee Angus Gardner will have on the match – and will Rassie Erasmus’s Twitter rantings inspire or demotivate the Boks?

This is the last time England and the Springboks meet before the World Cup. Both teams need a great victory to lead them into 2023.

Pictured above: The Springboks taking on England