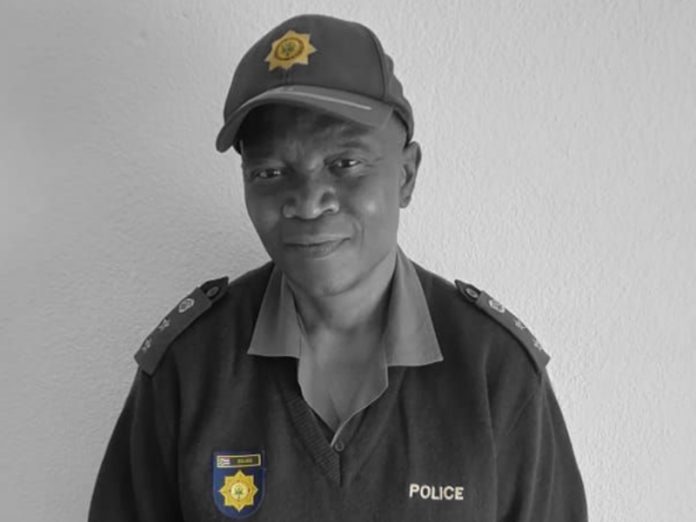 Colonel Nthipe Boloka is the reason Sergeant Rosemary Ndlovu has been brought to justice to face trial.

After a 34-year career in the police force, the tall, soft spoken cop sees this case as one of his major victories.

When the net closed in on Sergeant Ndlovu, Boloka was commander at Tembisa South police station, where she worked under his command.

In an interview with Scrolla.Africa in his office, Boloka said he first started to get suspicious of Rosemary in December 2016, when about 20 people rushed into the charge office.

The crowd said they had loaned Rosemary money and were demanding repayment. (To get an idea of her money problems, we spoke to one mashonisa who Rosemary owed R56,000, and then paid her back with money from another mashonisa!)

”It shocked me,” Boloka said. “It was the first time for me to see such a thing happen, especially at the police station.”

But at the time Boloka just filed away the information in the back of his mind, and went about his business running the station.

One of the hitmen Rosemary allegedly hired to kill her sister’s family was also a police informer.

This informer went to Boloka and told him the whole story – that Rosemary was planning to murder her own family.

Colonel Boloka passed on the information from the informant to the provincial crime-intelligence unit early last year. And that’s when the plan to trap Rosemary was born. Boloka worked closely with Investigating Officer Keshi Mabunda, who you will meet again later in this series.

She was finally arrested on 7 March 2018 and is facing charges of murdering five people and conspiring or attempting to kill at least eight others.

Colonel Boloka started his career in 1987 in Soweto. He has seen a lot of action and done many sensitive investigations.

But he has very strong feelings for this case.

”If I hadn’t acted immediately on the received information from the informer, Rosemary was unstoppable and she was going to wipe out her family,” said Boloka. “The dangerous part was she was a police officer who knew how the law works and she was very clever whenever she was doing her killings.”

”As a police officer, every day you wake up and wish to make a difference in the community you serve,” he said.