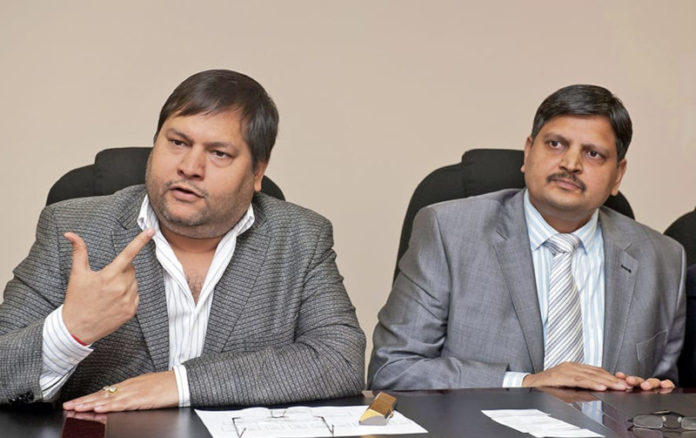 The Guptas, Jacob Zuma’s one-time allies and partners in plundering Mzansi, are facing a Red Notice from Interpol.

Brothers Atul and Rajesh and their wives as well as four other relatives have been issued with a Red Notice, which is a request to law enforcement worldwide to locate and provisionally arrest a person pending extradition.

Head advocate of the National Prosecuting Authority Investigative Directorate (ID) said in a statement on Monday that the notice was also issued against former Nulane Investment Bank of Baroda account signatory, Ravindra Nath, director of Wone management, Ramesh Bhat and Jagdish Parekh who is  the directors of Pragat Investments.

The directorate last month asked Interpol to arrest and extradite the Guptas who had fled to the United Arab Emirates (UAE) in order for the controversial family to stand trial in South Africa based on their fraud charges.

Their legal dispute is in relation to a R25 million feasibility study done by Nulane Investments on the Vrede Dairy Project in 2011.

A statement issued by ID spokesperson Sindiswe Seboka indicated that the matter will be transferred to the Bloemfontein High Court and will begin trial on 6 September 2021.

Sunday World reported on Monday that the Guptas are panicking and allegedly planning to flee from the UAE but are unable to do so as South Africa refuses to renew their passports.

The family has been trying to force the South African government to issue their newborns with birth certificates and renew their passports.

South African authorities believe the family wants to flee the UAE to a country that is not a signatory to international extradition treaties.

The statement said the matter has been postponed as agreed between the NPA’s ID and the defence in the wake of the Covid-19 level 4 lockdown regulations.

The UAE also confirmed last month the ratification of its extradition treaty following Interpol’s intervention in the implementation of warrants for the arrests of Gupta family members.