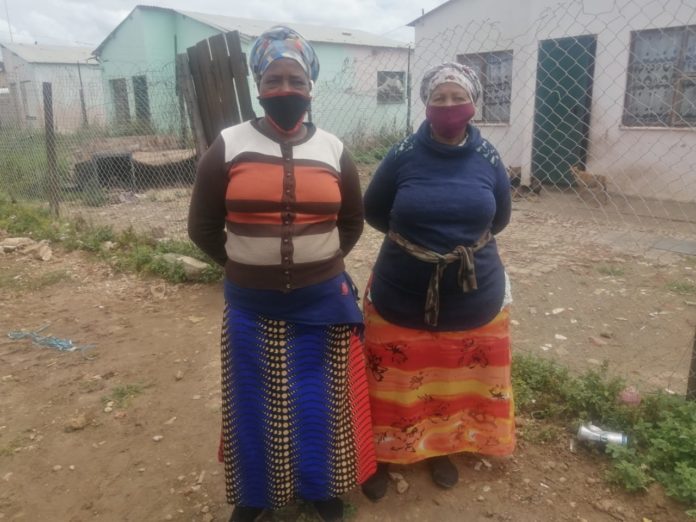 For 15 long years two families struggled without running water in their RDP houses.

Now, because of Covid, their water problem is about to be solved.

For 15 years, they used their neighbours’ toilet and water facilities.

This stopped with the pandemic – their neighbours asked them not to.

The municipality was forced to respond.

The trouble began when the contractor who built the two houses in Kleinskool township, Nelson Mandela Bay Municipality, didn’t connect the water.

“Since 2005 when these houses were built we never had drinking water or flushing toilets. Myself and my six kids had to beg the neighbours to use their toilets,” said Doris Philip, 59.

“We have been back and forth to the previous ward councillor’s office without success.”

She said what made matters even more unbearable was the sewage drain in her yard that kept getting blocked.

“It caused such a terrible smell that we couldn’t even eat our food,” she said.

Her neighbour, Nombeko Jacobs, 54, said she used to go to the toilet in her brother’s house.

“But with this corona virus he is reluctant. I don’t blame him because corona is too much here. Sometimes I wash my hands in the rain water in the street after using my brother’s toilet.”

Ward councillor Georgina Faltdman said she was only made aware of this problem last weekend.

“But I have called the contractor that built these houses and they are busy connecting the water pipes to the affected houses at the moment,” said Faltdman.