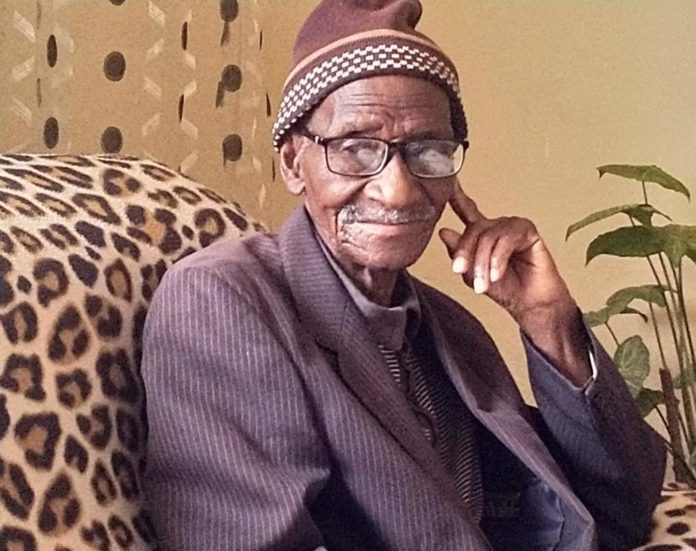 Ntate Elias Tsoamotse said that when he came back from war after four years’ service the government said thank you very much and gave him a bicycle and a jacket.

But he said: “The government didn’t treat us as war veterans who fought and represented the country.”

If he was badly treated by the old white government he doesn’t feel much better about the current Black one.

Ntate Tsoamotse was reluctant to open up, fearing Scrolla.Africa was  from the ANC government  – coming to offer more unkept promises of money and the good life.

Tsoamotse eventually agreed to speak in front of his family.

“Although the current government has disrespected us black war veterans, at least they gave me an old-age pension.”

He joined the army with five friends.

“We were all accepted and taken to fight in world war ll. We were taken to different army bases in Bloemfontein, Pretoria, and Johannesburg,” said Tsoamotse.

He said he was taught how to use a gun.

He travelled by boat from Durban to Egypt.

“While in Egypt we were given guns to guard war prisoners.”

He said his worst moment in Egypt was when a colleague shot and killed another soldier, mistaking him for the enemy.

Because it was my colleague, he was arrested along with the man who pulled the trigger.

“Coming back home to South Africa was such a big relief. I missed home a lot. I wanted to see my dad who was waiting for my safe return.”

“Life was difficult. I was earning very little as a general worker on the railways.

His secret of a long life is: “Don’t smoke and drink alcohol. Exercise regularly.

“I would like to encourage young people to educate themselves so that they live a better life than we did in the past,” said Tsoamotse.

Ntate Tsoamotse loves watching the news and soccer. He is a big fan of the Orlando Pirates football club.

His dream now is to reach 100 years and have a big party at his home in Smithfield in the Free State, where he was born, and invite his entire family.