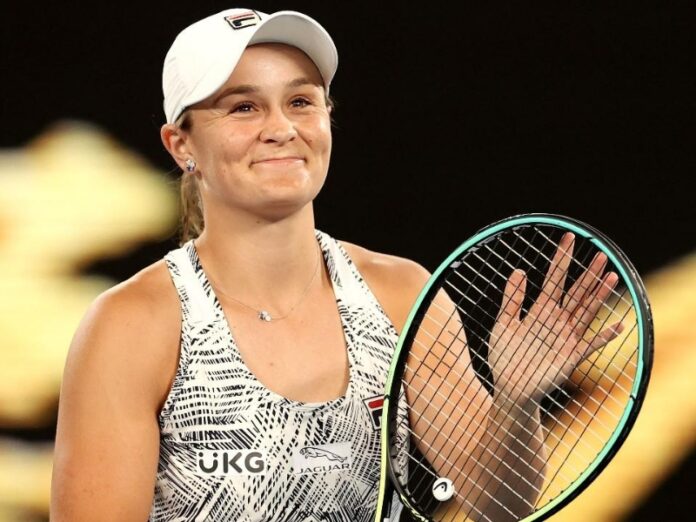 Australian Ashleigh Barty, currently the world’s number one ranked female tennis player,  has shocked the tennis world by announcing her retirement from the sport at the age of only 25.

Barty, who won the Australian Open, the year’s first Grand Slam, shared the news in an interview with Casey Del Lacqua via her social media channels on Wednesday morning.

“Today is difficult and filled with emotion for me as I announce my retirement from tennis,” Barty wrote in a post on Instagram.

Barty has held the number one rank in the sport for three years after winning the French Open in 2019.

“I am so thankful for everything this sport has given me and leave feeling proud and fulfilled,” she said.

“Thank you to everyone who has supported me along the way, I’ll always be grateful for the lifelong memories that we created together.”

Barty took a short break from the sport in 2014 as the pressure of rising through the ranks as a teenager was “too much too quickly” for the Australian.

This time it’s different for Barty, adding that she made the decision because she is satisfied with her time on the court.

“There was just a little part of me that wasn’t quite satisfied, wasn’t quite fulfilled and then came the challenge of the Australian Open,” she said.

She said it seemed like the perfect way to celebrate her amazing journey.

She said thoughts of retirement crept in after she won last year’s Wimbledon.

“I am spent. Physically I have nothing more to give. And that to me is success. I have given absolutely everything I can to this beautiful sport of tennis,” Barty said.