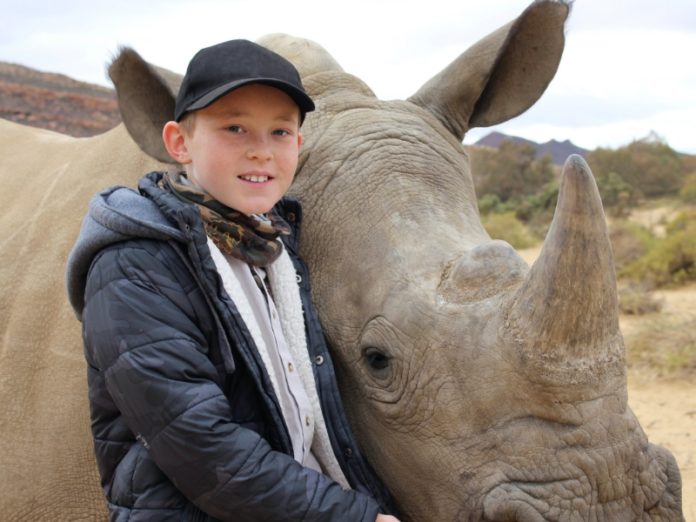 Hunter Mitchell is no ordinary teenage boy. At just 14 years old, he has received one of the most prestigious awards in the world of conservation.

Hunter was only eight when he first made international headlines with his work saving orphaned rhinos. Since then, the Cape Town youngster has worked tirelessly to save the endangered species.

His work was recently awarded the international accolade, the Diana Award, named after the late Princess Diana.

The Diana Award is given to “outstanding young people selflessly creating and sustaining positive social change, in memory of Diana, Princess of Wales.”

Recipients of the prestigious award are aged between nine and 25.

The young conservationist was given the award at a virtual ceremony on 1 July on what would have been Princess Diana’s birthday.

In the five years since Hunterl began fund-raising to support baby rhinos, he has raised over R400,000.

The teenager said his work started with a project called “Raise the Baby Rhino with Hunter” to help save an abandoned baby rhino called Osita, who was found at Aquila Private Game Reserve in the Western Cape on New Year’s Eve in 2015.

After Osita was rescued and released back into the wild, Hunter knew saving rhinos was what he wanted to do.

Hunter’s fund-raising journey has seen talks take place at schools, corporate events and other organisations. He launched a rhino sock collection in 2019 which was endorsed by Pick n Pay clothing. Rhino masks are sold in the Kruger National Park in support of Hunter’s fund-raising.

Hunter’s nomination came from Dr Johan Marais, the founder of Saving the Survivors. Hunter said he hopes to one day follow in Dr Marais’ footsteps and become a rhino vet.