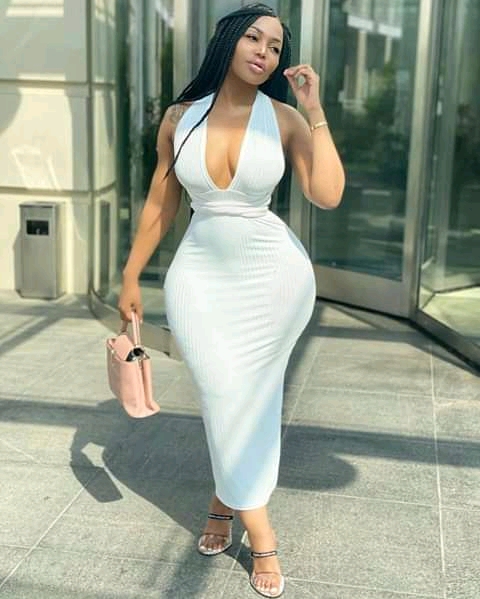 Tebogo Thobejane is like a walking ATM. The beautiful socialite and actress walks into a club, spends three hours mingling with guests, and walks out with a cool R20,000 in her back pocket.

The Soweto born actress is no stranger to the attention her body brings. She broke the internet when she made her first appearance as Belinda, the wedding planner on Muvhango.

But don’t make the mistake of thinking she is all booty and no brains. Tebogo studied Acting, Live Performances and Production at AFDA in Johannesburg and has put in years of work to get her spotlight.

While she is always ready to smile and joke, her motto is: “You can look but you can’t touch.”

Speaking to Scrolla.Africa, Tebogo said that using her natural assets to make money was not her original idea but she learnt what to do when she was in Los Angeles, USA, five years ago.

“My friends and I were at the club having fun and the men went crazy. They were really fascinated by my body. And when we left, the club owner paid us for being there,” she says.

She said she realised that what had always been a hang-up in her life when she was a young girl, had now become her gold mine.

She said she was always booked and made about three appearances at different clubs per week but then along came Covid.

“The clubs are not operating so I decided to go for auditions and I landed the role on Muvhango.” She encouraged other young women to be proud of their bodies.

“People can call you names. Let them call you slay queen or anything else, but if it works for you, go for it. Don’t worry what others say,” she says.