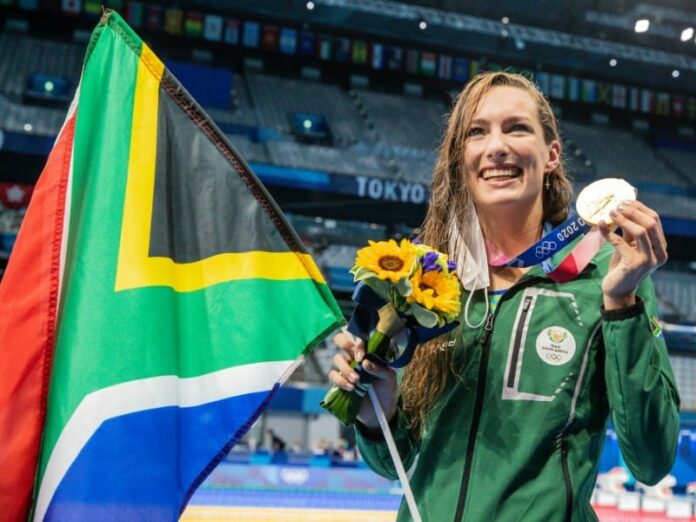 PICK OF THE SPORT: With the Commonwealth Games underway, team South Africa are aiming to dominate in their green and gold colours.

It is no secret that South Africa are coming off the back of a disappointing World Athletics Championships and the Commonwealth Games will be their chance to make amends.

South Africa claimed 18 gold medals in the previous Commonwealth Games and hopes to improve on this in Birmingham, England this time.

Talented prospect Matthew Sates will kick South African off in the tournament on Friday morning in the men’s 400m freestyle heats, scheduled for 11.30am.

An hour later, le Clos will take to the pool in the men’s 50m butterfly heats, followed by Tokyo Olympics gold medalist Tatjana Schoenmaker at 12.48pm in the women’s 50m breaststroke heats.

Sevens rugby is again in the spotlight as the Blitzboks go for gold at the Commonwealth games.

With Neil Powell coming to the end of his decade long stint as Blitzboks coach at the Sevens World Cup in Cape Town in September, the team have vowed to give him the best possible send-off – starting with the Commonwealth Games this weekend.

While the Blitzboks have an easy draw for Friday and Saturday, they’re going to have to bring their best game to the tournament. Australia, New Zealand and Samoa are lying in wait.

The young South African Women’s Sevens team has made Mzansi proud with their performance earlier this year, but they’re up against it this weekend. They are the opening match at the Commonwealth Games when they come up against Australia, probably the best side in the world.

Commonwealth Sevens can be watched throughout the weekend, starting at 10am.

All the Commonwealth Games action can be watched live on DStv channel 201.

➤ Formula One returns this weekend with its final race before the four-week summer break.

After claiming a somewhat lucky victory at the French Grand Prix last week, Red Bull’s Max Verstappen will without a doubt be hoping to race alongside Ferrari driver Charles Leclerc at the Hungarian Grand Prix.

The ever-exciting race at the Hungaroring in Budapest begs for the top two in the driver standings to go wheel-to-wheel.

Although Verstappen leads the championship and is on course to retaining his title, he is a racing driver and that’s what he lives for.

Too many times this season he has had exillierating battles with Leclerc before the Ferrari had issues which forced it to retire from the race, this time due to a throttle issue.

Verstappen was not pleased on the radio following his victory in France as he felt Leclerc would have crossed the line ahead of him.

The winner of the Hungarian Grand Prix will have a month to enjoy the victory before Formula 1 returns to Belgium at the end of August.

Lights out is scheduled for 3pm on Sunday with the race televised live on DStv channel 215.