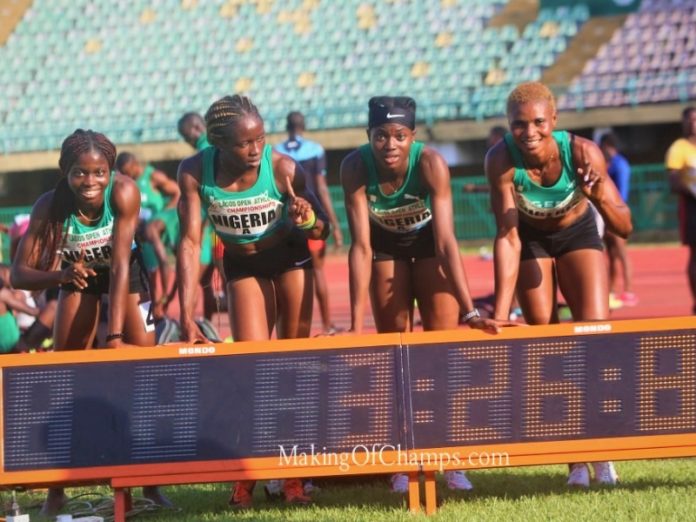 The Nigerian 4x400m relay team has been disqualified by World Athletics (WA) because officials didn’t place cones on the track during the Lagos Open Athletics Championships.

Nse Imaobong, Favour Ofili, Knowledge Omovoh and Patience Okon-George ran a season best 3:26.83 but a technical issue made by race organisers has cost them the chance to compete at the Olympics.

A member of the Athletics Federation of Nigeria said the race has been declared illegal.

“In races with curved tracks the results don’t count if there are no cones. In Team Nigeria’s case, they didn’t put cones where the second lane converged into one lane,” said the official.

This minor mishap has caused major heartbreak for the relay team which is ranked 13th place on the WA Top List, up five places from 18th.

Lekan Soetan, statistical analyst and coach said the race had to be disqualified: “There’s a rule that all races on bends must be run with kerbs to prevent runners from running inside the inner lane.”

She also said that there was no proof that all the runners in that race did not break the rules and perhaps gain an advantage.