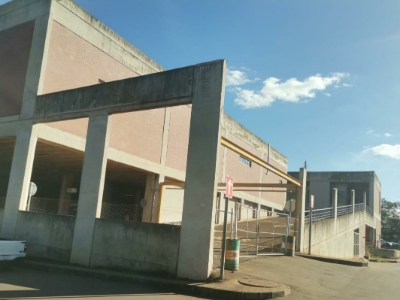 An unused taxi rank in Thohoyandou built at the cost of R280-million has become a brothel for learners from nearby schools and a haven for criminals.

Communities around the new Thohoyandou Taxi Rank are up in arms and blaming the government for the crime that is happening at the non-functioning facility.

Known as the Thohoyandou Public Transport Intermodal Facility, it  was completed almost ten years ago at a cost of R280 million but it remains a white elephant and has become a safe haven for criminals who hide and rob passersby.

Built by the Limpopo Department of Roads and Transport, it was supposed to ease traffic congestion as many people in the area use public transport.

The local Thulamela Municipality promised it would be opened but that never happened.

Rumours were doing the rounds that the contractor used substandard materials that rendered the facility unsafe.

Hawkers who have booked stalls for business have also been dropped.

A Block F community member Israel Mudau said many people have been mugged at the facility while girls and boys from the local schools engage in sex and smoking drugs in broad daylight.

“If they cannot let this building operate it is better to demolish it. We have waited for many years and nothing is happening,” she said.

Mbulungeni Ntsieni of the Thulamela Business Forum said they have members who have booked stalls there but nothing is happening.

The DA in Limpopo have been putting pressure on the Department and said they welcomed the commissioning of the rank which is to take place later this year.

Limpopo Roads and Transport spokesperson Matome Moremi said the structural defects have been fixed and the facility was declared safe by structural engineers.

He said the delay in commissioning of the rank was as a result of contractual differences with contractors.

“We resolved the challenges and we hope to commission the taxi rank by the end of the year,” he said.