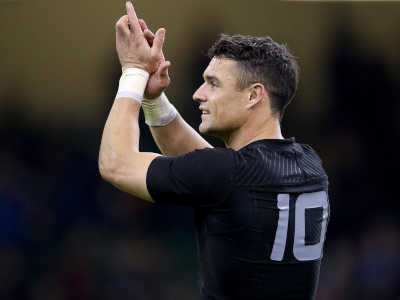 “The best ever” is a debate best undertaken in the pub with huge amounts of beer and passion and senseless comparisons. But nobody will deny that Dan Carter, now 39, is one of the greatest flyhalves in the history of the game – and his spectacular career statistics support that.

He has scored 1,598 test points with 29 tries, 293 conversions, 281 penalties, and eight drop goals in 112 tests. He has scored an average of over 14 points per game, which is the highest average for top-scoring test players.

Add to that, he was named the International Rugby Board player of the year in 2005 and 2012, and has won four Super Rugby titles with the Crusaders, six Tri-Nations and Rugby Championships with the All Blacks and was a member of the 2011 Rugby World Cup winning side.

But what the stats don’t count are the number of game-changing tackles and the brilliant line breaks that have had flanks and halfbacks floundering around in confusion.

(By comparison, South African flyhalf Morné Steyn is not, by anybody’s measure, a great tackler or line breaker, neither was the great Naas Botha. Handré Pollard’s ability to break the line when it mattered played an important role in the Springboks’ win at the 2019 World Cup.)

It is also worth noting, that in a career of 20 years, there has never been even the slightest whiff of scandal. A true legend. Take a bow, please, Daniel William Carter.