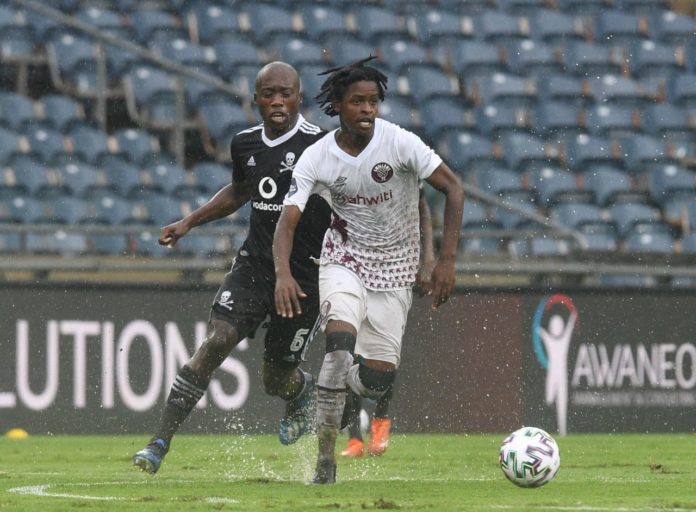 Resilient Swallows FC have shown why they remain a force to be rocked within the DStv Premiership this season. This is Swallows’ first season back in the country’s elite league after six years of absence and they are already making their presence felt.

Izinyoni held Orlando Pirates to a 1-1 draw on Sunday in the premiership at Orlando Stadium in the original Soweto derby. Buccaneers took the lead in the 85th minute courtesy of Ben Motswari’s well placed strike outside the box.

The home team were confident that maximum points would remain in Orlando and in a process they have ended their neighbour’s unbeaten run. But Swallows knew well how to play until the final whistle and they used the time they had to their advantage.

Kamohelo Mahlatsi’s 93rd equaliser broke Bucs’ heart as Swallows managed to steal a point at the death. A lapse of concentration was the downfall for Pirates yet again.

They allowed Mahlatsi all the time to pick a spot and take a shot while in the box. Bucs will only have themselves to blame for not walking away with all three points and as for Swallows they now have managed to collect four points from their Soweto neighbours.

Not so long ago they beat Kaizer Chiefs 1-0 and Sunday they stole a point at Pirates. Sunday’s result meant that Swallows remained unbeaten and the other two teams that are yet to taste a defeat are Golden Arrows and Mamelodi Sundowns.

Swallows, though, will be a bit upset at not getting all three points in this match. After Sundowns won on Saturday, Izinyoni would have loved to get their maximum points to keep pressure on the log leaders.

Sundowns are now two points clear at the top and Swallows remain in second place after 10 matches. Pirates on the other hand remain in sixth position and 10 points behind log leaders but they (Pirates) still have a game in hand.