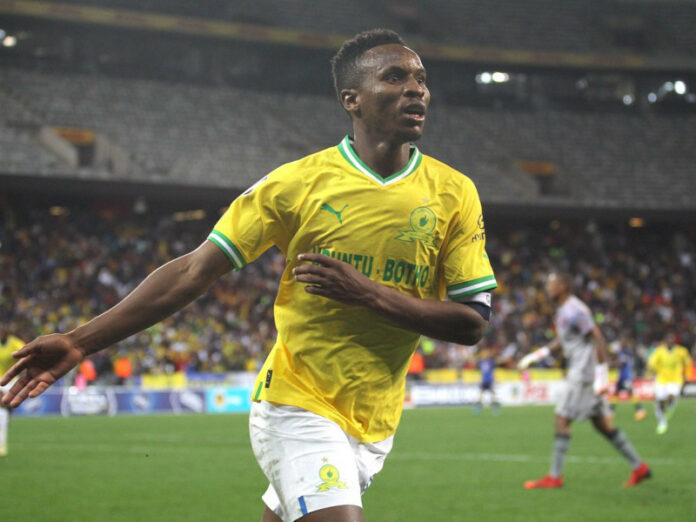 Fans, who are now allowed back at the stadium,  came out in numbers at the Cape Town Stadium to watch the first match of the 2022/23 season – and they were given a good game.

Goals by Aubrey Modiba and Themba Zwane were enough to see Downs continue their dominance in the premiership after claiming the title last season. It must be said however that, City did not make life difficult for the champions.

Central defender Keanu Cupido gave away a reckless faul taking down Hashim Domingo in the 60th minute just outside the penalty area. Modiba then unleashed a brilliant free-kick to beat goalkeeper Hugo Marks.

Two minutes later they were caught napping and allowed Zwane to have an easy finish in a one-on-one situation with Marks to make it 2-0.

The first half, however, was a tight affair with both teams getting equal scoring chances but neither side was able to put it to good use.

Citizens captain Thabo Nodada was the one who had a good clear cut chance in the 19th minute to open up the scoring. A cross from Khanyisa Mayo was met by Nodada to finish with an easy tap-in but the skipper couldn’t connect with the ball and Sundowns survived the scare.

It must be said though that the wet pitch was not kind to the players – especially in the first half. They kept falling but still managed to give noisy supporters an exciting match.

Masandawana started the match with their new keeper Ronwen Williams between the sticks. The Bafana Bafana skipper had a quiet first half and he barely had to make a serious save.

But things changed for him when City pulled themselves up after conceding the two goals. He made an incredible save in the 81st minute when defender Khuliso Mudau almost scored an own goal.