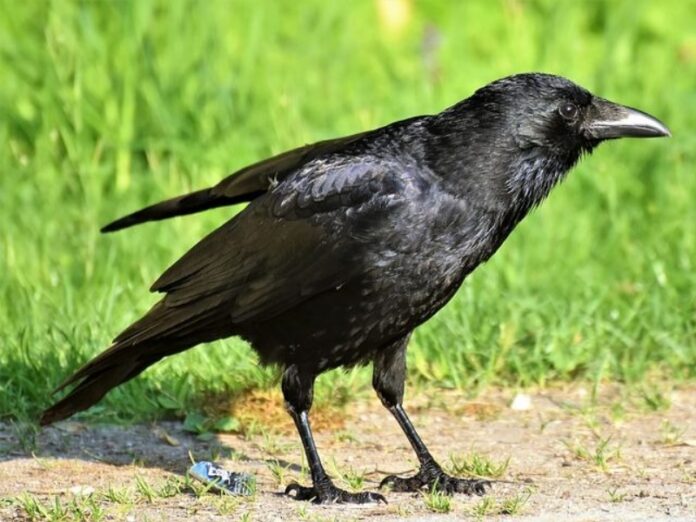 A company has come up with an ingenious solution to combat the high numbers of cigarette butts littering the streets of the city of Södertälje in Sweden.

A workforce of wild crows is currently being trained to collect cigarette ends and fly them to a disposal site in return for a piece of food.

The black-feathered birds drop the butts in a bespoke disposal machine designed by Corvid Cleaning, the company behind the initiative.

For every butt they collect, the crows will be given a small morsel of food.

Crows are seen as the ideal bird for the job, as they have the same level of reasoning as a seven-year-old child.

“They are wild birds taking part on a voluntary basis,” said company founder Christian Günther-Hanssen, dispelling any notion that his new crack team might be being exploited.

Günther-Hanssen added that he estimates that his project could save up to 75% on costs of picking up cigarette butts.

However, critics of the project say that the cigarettes could pose a risk to the health of the crows that pick them up.

Tomas Thernström, a waste strategist at Södertälje municipality, told the Guardian that he is interested to see whether the project will work.

“We can teach crows to pick up cigarette butts but we can’t teach people not to throw them on the ground. That’s an interesting thought,” he said.