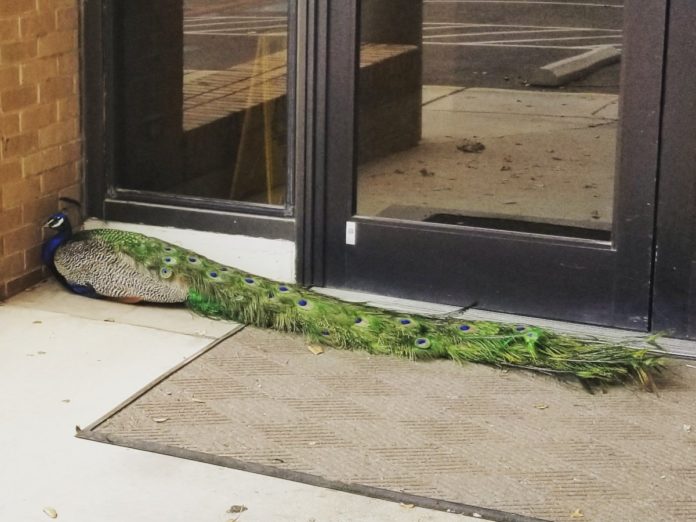 The last time you were late for work, you probably didn’t say: “An aggressive peacock called Steve blocked me from getting to my office.”

Well, this is what Jim Daley, a research assistant professor at a Texas university, had to tell his bosses after he came face to face with a beautiful – and very stubborn – male peacock.

Jim is one of several San Antonio inhabitants who have spotted a recent influx of peacocks. The majestic animals have all been christened “Steve”.

The locals have enjoyed seeing the spectacular birds saunter around the town and have even begun to track every Steve that they spot on the Nextdoor app.

Jim’s encounter with Steve saw the bird perched in front of the building’s entrance with its wings folded neatly behind it.

“Nobody wanted to approach the peacock because they’re known to be sort of aggressive,” Jim told the San Antonio Express News.

Male peacocks are indeed well known to be territorial during mating season, and they possess sharp beaks and talons.

Jim decided not to disturb Steve, and eventually used a different entrance to get to his lab.

“I eventually saw the peacock walk away on its own from my lab window just before security arrived, so no major drama,” he said.