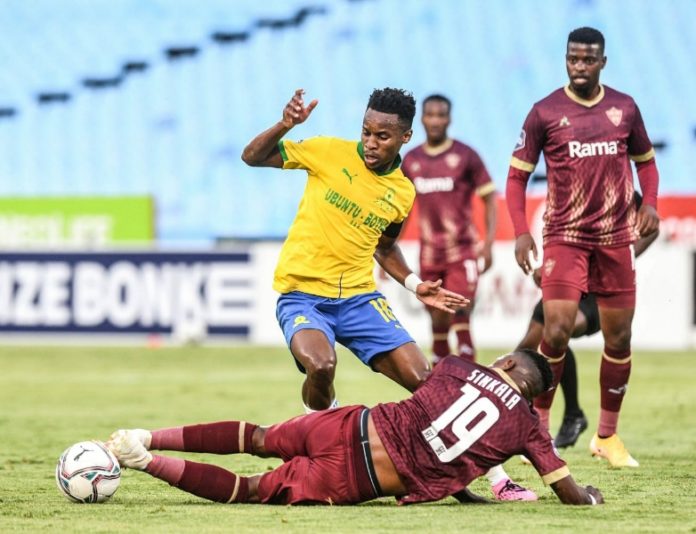 DStv Premiership football will have to take a back seat this week to allow the Nedbank Cup last 32 to take centre stage.

Normally teams with a big squad like Sundowns would rest their regulars and play fringe players in this competition but Downs’ co-coach Rhulani Mokwena said they won’t be resting any players.

“Consistency is the key,” said Mokwena.

“We are trying to have the same players because of the situation we are in.”

He said while Stellenbosch has not won in their last five matches they create chances against the big sides.

“We have no room for complacency,” he said.

Sundowns have been missing players in league matches due to injuries and suspensions and with the likes of Themba Zwane, Kermit Erusmus and captain Hlompho Kekana looking a little drained, Downs coaches could be tempted to give them a break.

Stellenbosch coach Steve Barker is expected to field his strongest side.

“This is against Sundowns and we only play our next league game in 10 days’ time which gives us a lot of time to recover,” he said.

Last year, Sundowns won the title by beating Bloemfontein Celtic 1-0 in the final at Orlando Stadium in Soweto in September.

Also on Wednesday, Polokwane City play Steenberg United in the clash of GladAfrica Championship teams at the Old Peter Mokaba Stadium at 3pm.