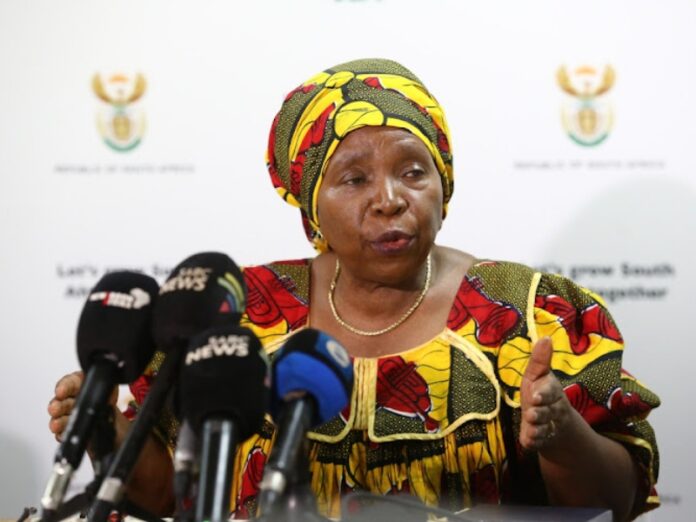 Minister of Cooperative Governance and Traditional Affairs Nkosazana Dlamini-Zuma has announced that the state of disaster may come to an end next week.

Dlamini-Zuma said that if President Cyril Ramaphosa calls an end to the state of disaster – perhaps even by 5 April – the R350 Covid-19 social relief of distress grant will remain in place.

The minister said they will publish the new regulations to give the public 48 hours to comment. They will then analyse the comments, evaluate the regulations and then the president will announce the end of the national state of disaster – which will be before 15 April.

Speaking at a media briefing, she said the new regulations would keep the wearing of masks in indoor public spaces, limitations on gatherings, physical distancing requirements and rules for travellers coming to South Africa.

“The payment of R350 will continue but will be removed from the national disaster after 30 days and will continue through other means,” she said.

The minister also revealed that the government has been focusing on the country’s ports of entry to reduce Covid-19 transmissions.

“The 32 ports that are closed will remain closed because they are not necessarily economical but the 21 that are fully operational will remain open,” she said.

“On entering, people must either show a negative PCR test no older than 72 hours or a vaccine certificate.”

The state of disaster was extended last month to run until 15 April.