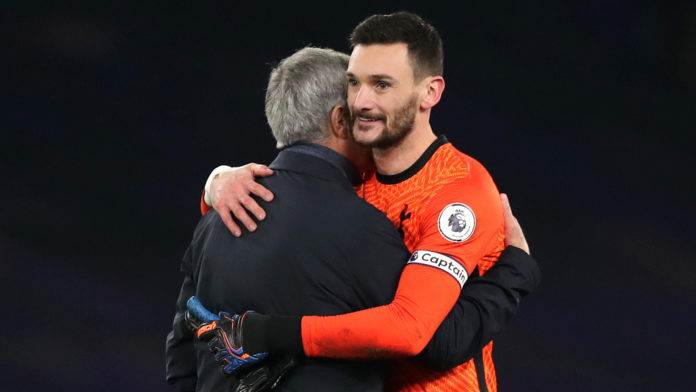 Chelsea missed their opportunity to go to the top of the English Premiership league with a 0-0 draw at home to Tottenham Hotspurs on Sunday at Stamford Bridge.

Spurs remained on top of the log while Chelsea stayed in second place after the top of the table clash.

Chelsea showed their intentions to win the match from the start, but the Algerian midfielder Hakim Ziyech’s 30 yard strike was easily pushed away by Hugo Lloris inside two minutes.

A quick break for the Blues, led by Mason Mount ended with Timo Werner curling past Spurs keeper Hugo Lloris to find the net but the assistant referee  flagged Werner for offside.

Serge Aurier’s strike from the edge of the Chelsea box seemed destined for the bottom corner but Eduard Mendy was equal to the task and went down quickly to pull off a stunning save.

Chelsea kept on probing but Lloris thwarted all the chances created by the Blues and kept the score level going into the interval.

In the second half, Chelsea came back once again in search of a goal but poor finishing let them down. Tammy Abraham and Ziyech were the main culprits, missing easy chances.

Spurs Manager Jose Mourinho said he was not happy with the draw but the two sides respected each other. “In the final stages of the game it could have gone either way,” he said.

Meanwhile, Edinson Cavani inspired Manchester United to a thrilling fightback from two goals down to snatch a dramatic 3-2 win against Southampton at St Mary’s Stadium.