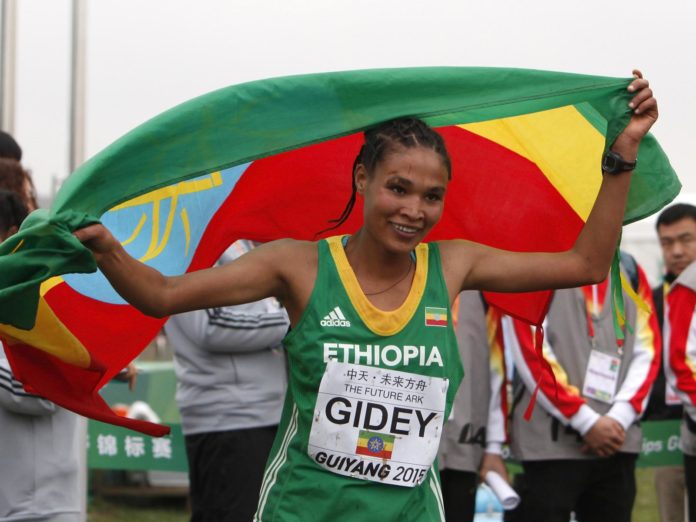 Many jokes have been made by comedians exaggerating the speed of Ethiopian runners. Letsenbet Gidey’s 5,000m record is no exaggeration, but an exhibit of Ethiopian talent.

The world record for the 5,000m race record has been held by the East African country’s athletes since 2006 by four different runners.

The record was formerly held by fellow Ethiopian, 35-year-old Tirunesh Dibaba from Adji Province – who had finished the same distance in 14:11.15 in 2008 in Oslo, Norway.

Giday was born in Endameskel in the Tigray Region, which in recent months has been engulfed by civil war.

She rewrote the record books at the NN Valencia World Record Day meet in Spain on October 7.

Gidey has conquered six World Cross Country Championships between 2015 as a junior and 2019 at senior level. The 22 year old also took home silver in the 10,000m race in the 2019 World Championships in Doha.

Cheptegei completed an extraordinary double, having broken Bekele’s 5,000m record weeks earlier at a meet in Monaco with a time of 12:35.36.