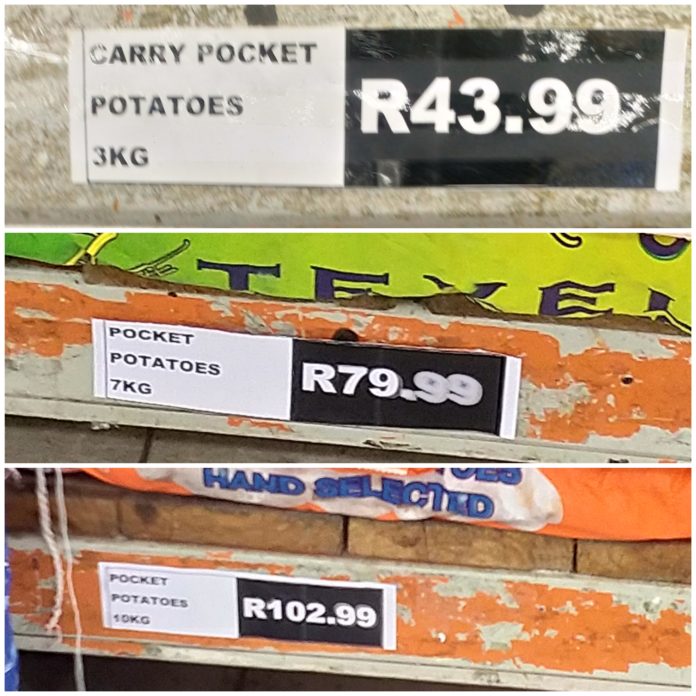 Maria Ndlovu, 58 years old, is one of those struggling to put together a decent meal.

Maria lives with 12 children she rescued from abusive homes in eWyebank, Durban.

She said potatoes are included in almost every meal.

“When you have a large family like mine potatoes make your dish bigger.  And it’s what we can afford.”

Maria survives on donations she gets from organisations and government. But she said that is not close to enough.

Potatoes at a local supermarket range from:

She said in August the prices were much lower “10 KG was only R40”.

Potatoes SA CEO Andre Jooste told Business Insider that the hike in the potato prices was due to a weaker potato harvest in Limpopo, the biggest producer at this time of the year.